Kings who indulge in clubbing, drinking and smoking do not deserve respect- Alaafin of Oyo 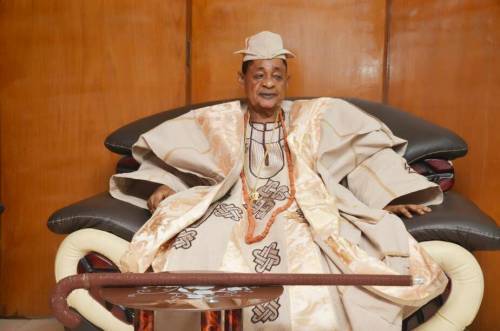 The Alaafin of Oyo, Oba Lamidi Adeyemi has stated that monarchs who drink, smoke and go clubbing do not deserve respect.

The monarch made this known while conferring the title of Mayegun of Yorubaland on Wasiu Ayinde Marshal K1 which took place yesterday at Oyo State.

The Alaafin used the opportunity to clear the air on talks that he told the Fuji musician never to bow down to any monarch. According to him, he only said monarchs who engage in certain activities are not to be respected.

“I did not mean that he should disrespect the royal fathers. He understands the culture and I am not saying that he should disrespect the culture. But kings who go about clubbing and drinking do not deserve any respect. Accord deserving honour and respect to kings; they are custodians of culture. But there are kings that are not worthy of honour and respect.”