Jilted wife swallows $7,000 US dollars in a desperate bid to hide cash from her husband 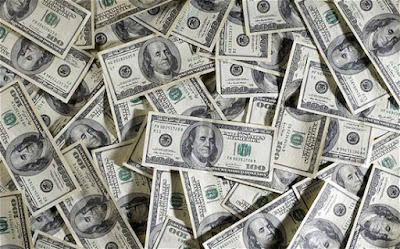 Hian!. Na wah oh!..A jilted wife swallowed
$7,000 US dollars in a desperate bid to hide the cash from her husband
after she discovered he had cheated on her.

Colombian Sandra Milena
Almeida swallowed the rolls of $100 notes in a ‘fit of rage’, according
to the surgeons who removed the cash. The woman had reportedly hidden
the cash, which was saved up for a holiday, in the couple’s home.
But, after discovering
her partner’s infidelity she was going to use it to leave him and gulped
down the rolled-up notes whole in a bid to hide them.

The next day Ms Almeida, from Piedecuesta, northeastern Colombia, was rushed to hospital with severe abdominal pains.
She did not tell doctors about the money, but x-rays showed dozens of 3cm-long objects in her stomach and intestine.

Doctors at the
Santander University Hospital in Bucaramanga managed to save $5,700
after cleaning and drying out the notes in the operating theatre.