Jay Z’s new album was released in the wee hours of this morning and it is all the rave at the moment. The 4:44 album was dropped exclusively on Tidal, a music streaming service owned by Jay Z and some other music artists.

This
is Jay Z’s 13th studio album and it appears to be really personal just
like Beyonce’s Lemonade. In it, Jay Z revealed quite a lot, including
admitting that he cheated on his wife, Beyonce and it affected her and
their child, Blue Ivy. He said it took Blue being born for him to
realize the value of his marriage.

He also rapped about that infamous
elevator fight with Solange and kind of acknowledged that it had to do
with him cheating. He called out his former best friend Kanye West, OJ
Simpson, Rapper Future and more.

Following his revelations, the
Beyhive went in on the rapper specifically because he cheated on their
queen. The Beyhive aside, a lot of people have praised the album as a
work of genius and one of the best in recent times.

The first
song on the album is titled Kill Jay Z and it makes reference to the
death of the former way of spelling his name without the dash. The new
spelling will now be JAY-Z, all in capital letters and with a dash.

Calling
out Kanye West in the first Song, Jay Z said: “Ye’ has changed. You
dropped outta school, you lost your principles. I know people backstab
you, I feel bad too. But this fuck everybody attitude ain’t natural. But
you ain’t the same, this ain’t KumbaYe.”

Addressing the 2014
elevator fight with his sister-in-law Solange, Jay Z confirmed in the
“Kill Jay Z” track that she attacked him because he cheated on her
sister and refused to acknowledge his fault.

He rapped: “You egged Solange on. Knowin’ all along, all you had to say you was wrong.”

Jay
Z expressed remorse for cheating on Bey. In the track Family Feud, he
makes reference to Becky, a name Beyonce mentioned in one of her songs,
“Sorry”, from the Lemonade album when she said, “better call Becky with
the good hair”.

He continued in the track 4:44
“Look, I apologize, often womanize / Took for my child to be born / See
through a woman’s eyes / Took for these natural twins to believe in
miracles / Took me too long for this song,”

“I don’t deserve you, I harass you out in Paris,” he added in “4:44”.
“Please come back to Rome, you make it home. We talked for hours when
you were on tour. Please pick up the phone, pick up the phone.”

The
father-of-three continued to address his infidelity on the track titled
“Kill Jay Z”. He said he could have lost his family from his cheating
ways. He went on in the same track to shade rapper Future for letting
his relationship with Ciara end.

“You almost went Eric Benét..
Let the baddest girl get away… In the FUTURE, other niggas playin’
football with your son,” he says making reference to Future’s son with
Ciara, Future Jr., whose stepfather is NFL star Russell Wilson. 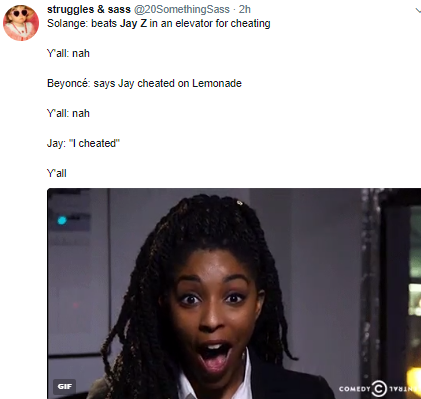 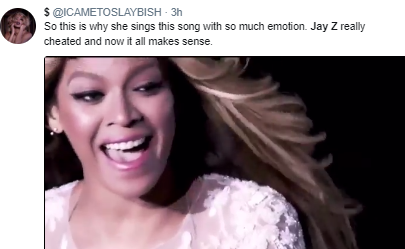 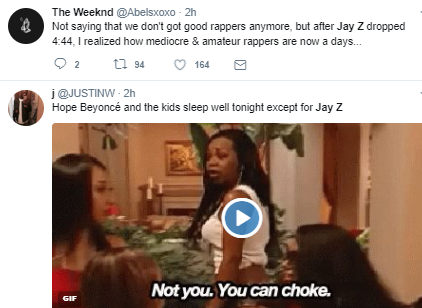 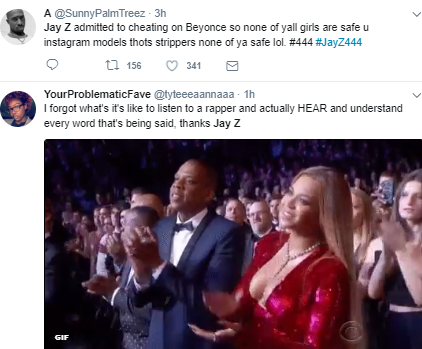 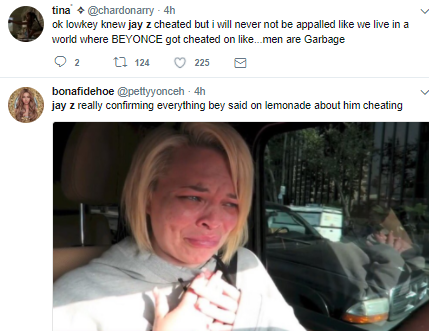 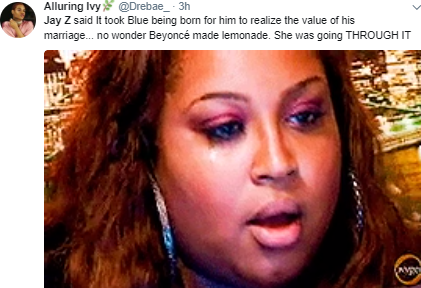 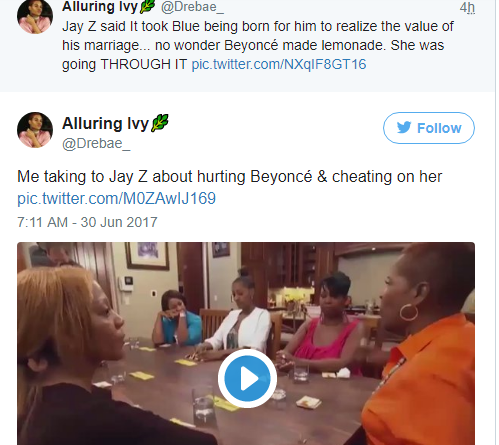 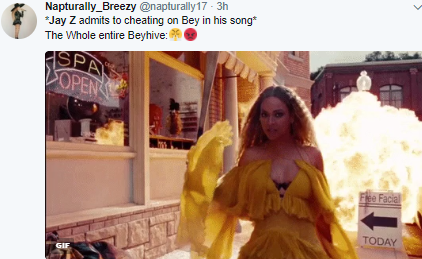