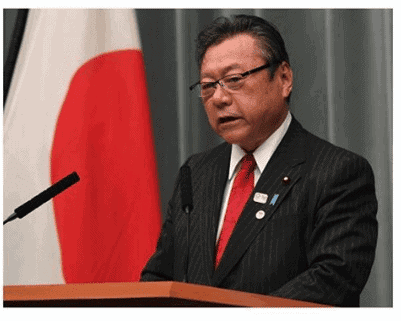 Japan’s recently appointed cyber security and Olympics minister, Yoshitaka Sakurada has admitted to a parliament that he has never used a computer in his life.

Eventhough the sixty-eight years old is responsible for overseeing cyber security preparations for the 2020 Tokyo Summer Games, it appears he has up until now never used a computer

It all started when he was named to the two posts last month by Prime Minister Shinzo Abe, having never held a cabinet position before during his 18 years in parliament.

The minister made the admission at a parliamentary committee meeting on Wednesday when asked by an opposition lawmaker if he was computer literate.

“I’ve been independent since I was 25 and have always directed my staff and secretaries to do that kind of thing,”.

Sakurada admitted that he recognized that “firmly carrying out cyber security from a citizen’s standpoint” was part of his job.

Upon being asked by the lawmaker how someone lacking computer skills could be in charge of cyber security, Sakurada said policy was decided broadly by a number of people in his office and the national government, and he was confident there would be no problems.