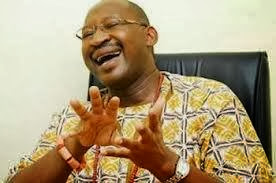 Lol, Patrick Obahiagbon has shot his bullet again…
Former ASUU chairman, Prof. Festus Iyayi was killed on Tuesday in a auto crash while going to a meeting in Kano to call off the ongoing
ASUU strike.
Reacting to his death, Patrick Obahiagbon had this to say…
“The grand initiation of Professor Festus Iyayi is a
lancinating loss of another stentorian voice, against retrograde and prebendal
forces of primitive mercantilism. That he passed through transition on matters pro bono
publico, bears eloquent testimony to our state of dystopia. Such is the
evanescence of life. Its all vanitas vanitatum.”