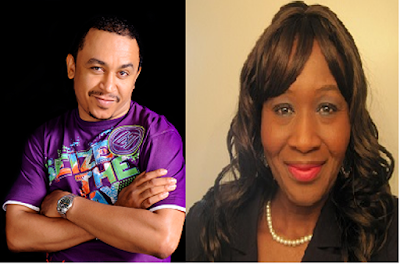 Controversial journalist Kemi Olunloyo has been in jail for 51 days now after she was arrested on the order of a PHC based pastor over her alleged defamatory article against him.

The Former Oyo state governor’s daughter got a phone call in jail from Cool FM OAP Daddy freeze and she sang Omela oh in Igbo (Praising God) and claimed she can now speak Igbo.
Daddy Freeze shared their conversation on Instagram and wrote:

“Just got off the phone with KEMI OLUNLOYO who after 51 days
in captivity, has refused to be broken. Another video coming up shortly!FreeHNN #FreeTheSheeple“.

Listen to the audio below…

Just got off the phone with KEMI OLUNLOYO who after 51 days in captivity, has refused to be broken. Another video coming up shortly! – #FreeHNN #FreeTheSheeple
A post shared by Freeze Coolfm CPS DCC (@daddyfreeze) on May 5, 2017 at 6:27am PDT