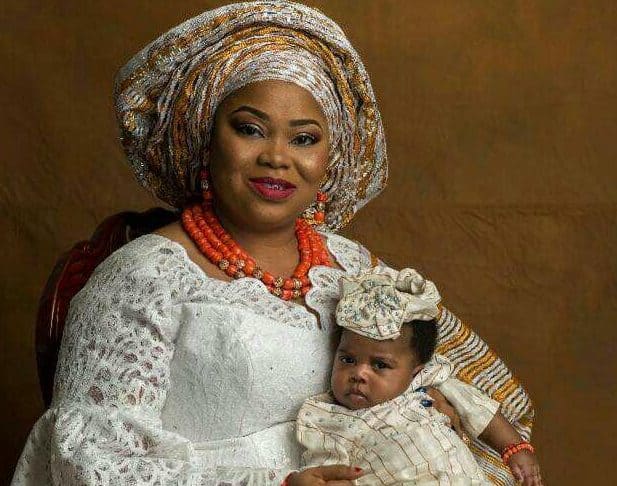 Erelu Mojisola Adams is the wife of the15th Aare Ona Kakanfo of Yorubaland, Gani Adams. In this interview, the mother of two shares some of the remarkable experiences that have shaped their marriage

You met your husband few weeks before graduating from the Kwara State Polytechnic, what attracted him to you at the time?

When I first met him, I had no idea that he was the same Gani Adams that everyone was always talking about. This is due to the fact that I was always shuttling between Ilorin and Osogbo, I did not know anything about him. He had a friend beside the place I was living in Ilorin then and would come around from time to time to see him. He is a natural storyteller, an orator in fact. That was the first attraction for me because I like to listen a lot
On one of such visits, he stopped me and told me that I always loved attending church programmes. He offered to drop me off at the church on that particular day and entered the auditorium, where we got talking. He spoke about religion and told me that his mother was a Christian and a prayer warrior while he was a Muslim. He recited a lot of Psalms that day and I, being from a very strong Christian family, was really impressed. He made a deep impression on me that day. There was another occasion when he came visiting and met me and my friends chatting. He joined us and shared a lot of historical facts with us. Later, one of those friends told me who he was and that he was very dangerous. She said a lot of things about him which I later discovered to be false. This was around the period that he was declared wanted by the (former President) Olusegun Obasanjo’s administration. When I confronted him with some of these claims, he debunked them and told me that he was into activism and not voodoo or whatever people alleged. But because of what my friend initially told me about him, I became a bit scared. When he came around the next time, I subjected him to some spiritual examination to confirm if indeed he had magical powers like my friend claimed. I told him to call the name of Jesus three times, I told him to call the name again in the Yoruba language, and he did. I gave him my Bible to hold, he did, and lastly, I told him to switch off and on the bulb in the living room. He later realised that I was acting strangely that day and asked me what was wrong. I was just testing him to know if truly he was demonic like my friend claimed. He, thereafter, explained to me the reason Obasanjo declared him wanted. He told me everything and his sincerity and genuine concern for justice melted my heart. These aspects of him really got me and attracted him to me.

When you eventually found out that he was a wanted man at the time, did thoughts of walking out on him come to your mind?
The truth is that people have a flawed perception of who Otunba Gani Adams really is. Until you get close to him, you may not appreciate the amazing personality in him. Though I had reservations initially as a result of some of the things I heard, when I eventually got to know him more closely, I realised that he was a completely different person from whom many people think he is. Of course, it took me time before taking him home to my family but when they met and interacted with him, they immediately appreciated his person. The only thing my mother asked me was if I would be able to cope with the fame of my husband and all the attention surrounding him. When I convinced her that was not going to be a problem, she gave her consent to our relationship. I grew up in a closely-knit family where we lived a quiet life but when I met Otunba Adams and saw all the people behind him, I was amazed. In fact, I was shocked at a point. I had never seen that much people behind one man in my life. In fact, knowing him has been a blessing in many ways.

Did friends try to discourage you from having a relationship with him?
Yes, a lot of them. As a matter of fact, a lot of my friends stopped talking to me because I was in a relationship with Otunba Adams. They felt I was embarking on a suicide mission but I look back today and thank God for bringing this wonderful man into my life. During the period when he was declared wanted by the Obasanjo administration, a lot of people said all sorts of nasty things about him to my face but rather than discourage me, it made my feelings for him even stronger. 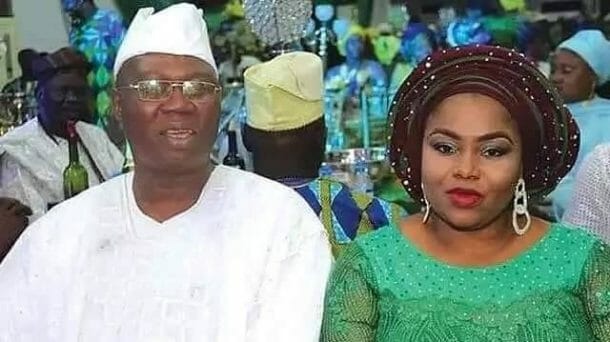 How did Otunba Adams finally propose to you?
We were travelling to Saki, Oyo State, for an event one night when he proposed to me on the road, right inside the car. I can never forget that moment. The weather and general atmosphere of the night made the proposal very unique and memorable. It remains one of the happiest days of my life.

You searched for a baby for many years after your marriage and even had over 18 miscarriages in the process, according to your husband. In those moments, what were some of the things that ran through your mind?
ERELU Moji Adams

Initially, my husband was not moved and would always encourage me that God had the best plan for us but later when people started saying all sorts of nasty things, he became a bit troubled. Some people even said that he had used his spermatozoa in exchange for spiritual powers and that there was no way he could ever father a child. People said worse things but we kept calm. As a matter of fact, he endured and resisted pressure from several quarters for him to have a child outside our marriage.I got to a stage that I was having a miscarriage once in three months and was constantly being taken to the hospital. There was a period I was placed on bed rest for three months and did not for once step outside that hospital ward. If I had to bath, the nurses would clean my body with bathe towels and water. It was a very painful and traumatic period for me. But even after all those, I still lost pregnancies.
However, when the time was ripe, God showed Himself strong and we are eternally grateful for the grace He gave us. We have a boy and a girl now.

What was the feeling like on the day the cry of a baby was finally heard in your home?
It was one of the most beautiful days anyone could imagine. The happiness and excitement that filled the atmosphere of our home could be felt with bare hands. There is no word to adequately describe the feeling.In fact, up until the pregnancy was five months, I still nursed the fear of losing it because of the painful experiences I had before then. But after that period, my resolve became stronger and God perfected His work. As a result of what I passed through looking for a child, I pray every day for women in similar shoes. I pray to God to show them mercy because I know and understand what it means to be in their shoes. Even my husband, as strong as people perceive him to be, the situation got to him at a point. I know this because immediately he became a father, everything about him changed. New life came to him. God showed us mercy; He will show other couples in similar situation even bigger mercy.

Your husband is the new Aare Ona Kakanfo of Yorubaland, a position former holders were said to have died mysteriously, do you nurse any fear in this regard?
Initially, when I heard the news, I asked him not to accept the title because of the myth surrounding the position. Nobody wants to be a widow at a young age, so I protested. But when we discussed, he explained the true state of things to me and made me realise that all those sayings were mere superstitions. He made a lot of useful points that changed my mind and I had to support him eventually. God is the owner of life; He’ll do as He wishes. So, no fear at all.

Being the wife of a perceived strong man, a lot of people would expect that you must also have been fortified spiritually, isn’t that the case?

My only spiritual weapon is the word of God; it is my shield and armour. So, if it’s in that sense, yes spiritually I am fortified. The truth is that culture and tradition are quite different from religion. But because people mix these things together, confusion arises.