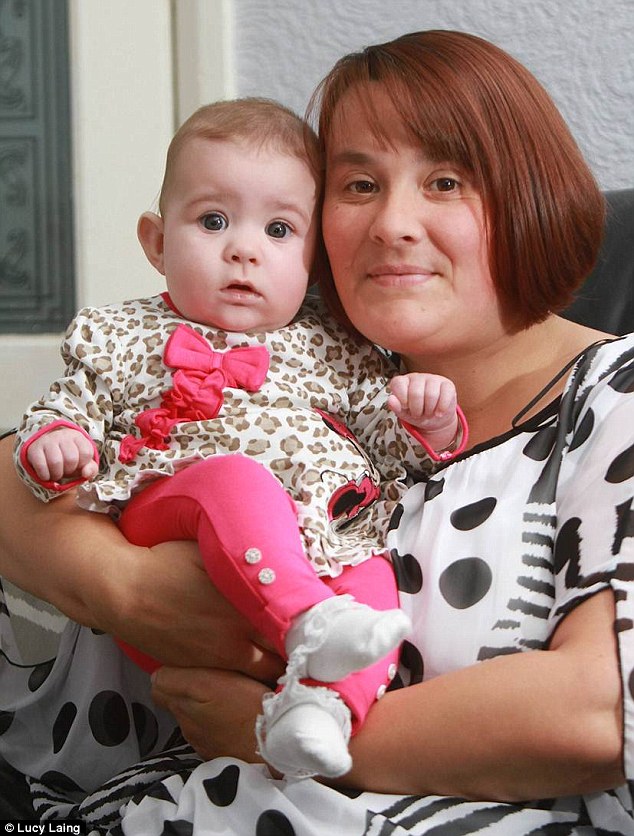 Wow, God is indeed a miracle working God! This is one big testimony…

After 15 fruitless years of trying for a baby, Claire Sanderson had all but
given up on her dream of becoming a mother.

Doctors had diagnosed her with unexplained infertility, and when her periods
stopped altogether she and husband Dean thought it was ‘the end of the road’.

So Claire, 33, was stunned two years later to learn that she was pregnant at
last – and that her much longed-for baby was due in a matter of weeks.

Claire decided to take a pregnancy test after
feeling an unexplained movement in her stomach last April. To the couple’s joy,
it was positive, and they were dumbfounded when doctors told them Claire was
already seven months along. wow!!!
Claire said ‘It was such a shock when the doctors told me I was so far
pregnant. I’d had no idea.
‘We only had a few weeks to be prepared. We’d been waiting for 15 years
for this moment.  And it was nearly here. All our family rallied around
and helped us get everything ready for the baby’s arrival.
Claire gave birth to her daughter Summer just eight weeks later – a week
early  – at Hull Royal Infirmary, weighing a healthy 6Ib 8oz.
She said: ‘I was only in labour for five hours. It seemed like after
waiting for so long, Summer was in such a hurry to get here.
‘When I’d given birth to her I was still in shock about even being
pregnant. It was a wonderful feeling to have our daughter, but it felt like she
wasn’t ours.
‘Dean even jokes that it is as though we are babysitting her and soon we
will have to give her back. After waiting so long, everything happened so quickly
and it still hasn’t sunk in that we are parents at last.
‘Our little miracle took 15 years – and then took just eight weeks and
five hours to arrive.’
P.S Miracles still happen…