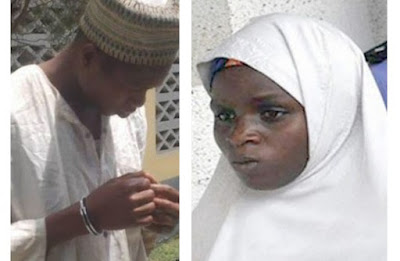 Yunusa Dahiru, the alleged abductor of Ese Oruru, has admitted that he
impregnated 14-year-old girl. He made the confession at the premises of
the Federal High Court, Yenegoa, where he was arraigned.
The young man was arraigned on a five-count charge of abduction, illicit s*x, among others.

During an encounter with newsmen outside the court room, Yunusa admitted
impregnating Ese but claimed that he was unaware until the Police told
him, following the medical report on Ese.

Ese, who was 13 as at the time of her alleged abduction, was taken to
Kano by Yunusa, where he converted her to Islam and married her. The
court will try to find out the circumstances surrounding the saga.