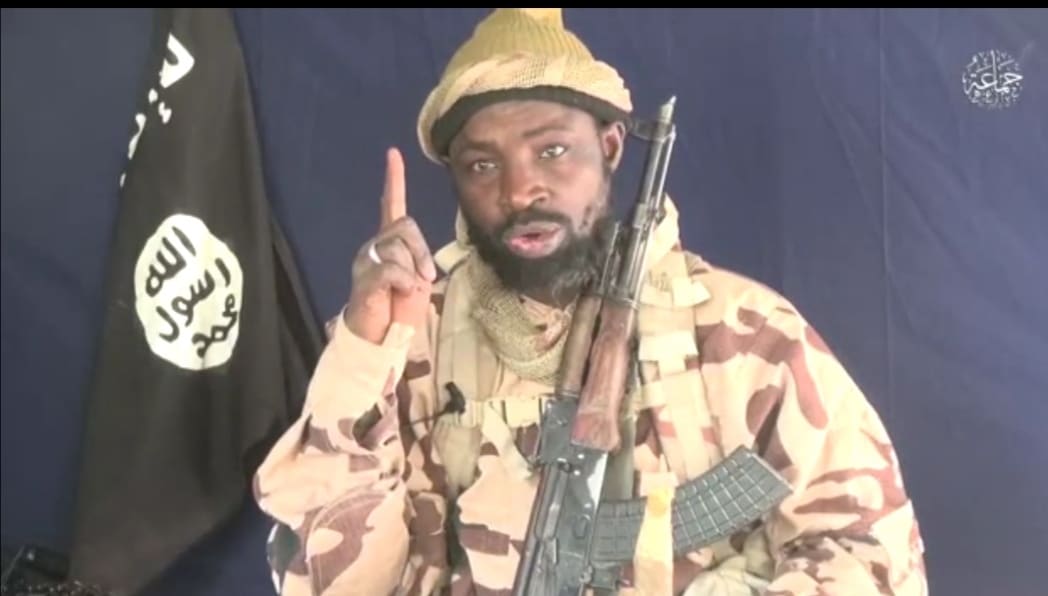 Abubakar Shekau, leader of terrorist group Boko Haram, has claimed responsibility for the attacks on Baga in Borno State. He stated the Lord instructed him to carry out the attacks.

“We killed the people of
Baga. We indeed killed them, as our Lord instructed us in His Book,”
Shekau said in the 35-minute message, which was posted on YouTube.
He added: “We will not stop. This is not much. You’ll see.”

– ‘I’m ready’ –
There
has been mounting global outrage at the extent of the slaughter, with
residents who managed to escape recounting how bodies littered the
streets more than two weeks after the initial assault.

One
civilian vigilante, who fled after hiding for three days, told AFP that
he was “stepping on bodies” for five kilometres (three miles) as he
escaped through the bush.
Hundreds of women and children were said to be still being held by the militants at a school and the home of a local lawmaker.

Some
20,000 people are said to have fled, many of them across the border
into Niger and Chad, heaping pressure on the local authorities there,
who fear they could soon be targeted.

“Heavy clashes” between
Islamist fighters and Cameroon soldiers were reported in the far
northern border village of Bonderi on Tuesday night in the latest in a
series of confrontations.
Chad’s President Idriss Deby has sent a
contingent of troops to help Cameroon repel the threat and has talked of
recapturing Baga.

Nigeria and its neighbours met on Tuesday in Niger’s capital Niamey to seek a greater regional response to Boko Haram.
Ghana’s
President John Dramani Mahama has also suggested a new force, possibly
under the auspices of the African Union, to crush the group.

But
Shekau dismissed the threat of a wider response and showed off a huge
arsenal of weapons, apparently taken from a military base in Doron Baga
and used by troops from Nigeria, Niger and Chad.

“The kings of Africa, you are late. I challenge you to attack me even now. I’m ready,” he said.

Shekau
claimed that Cameroon’s President Paul Biya had asked for help because
he was “gripped by fear” and mocked Deby for his offer of assistance.

Niger’s
President, Mahamadou Issoufou, was also warned for commiserating with
France after the recent Islamist militant attacks against the satirical
magazine Charlie Hebdo.

– Flag burnt –
The video came
after testimony from people fleeing Baga that four villages some 40
kilometres (25 miles) from the town had been visited by Islamist
fighters and their residents told to leave.

Security analysts
have said the capture of Baga puts the militants in a strategic position
to push south towards Maiduguri, the state capital of Borno State,
where the group was founded in 2002.

Boko Haram was forced out of
Maiduguri in 2013 after the declaration of emergency rule but has in
the last six months captured dozens of towns in the far northeast,
effectively encircling the city.

It has been feared that they
want to recapture Maiduguri to form the centre of the hardline Islamic
state it has been fighting to establish.

Shekau, who has
previously declared some captured towns part of Boko Haram’s caliphate,
burnt the green and white Nigerian flag to cheers of “Allahu Akbar” (God
is greatest) and celebratory gunfire.

“This is the replacement of the Nigerian flag,” he said, waving the Islamists’ black standard.
He also said in English: “Nigeria is dead, (the) constitution is dead.”