Yesterday, there was a particular gist that went viral claiming that the man who impregnated Omawumi is Governor Uduaghan. The gist claimed thus:
“Omawumi was handsomely settled to keep the name of her baby’s
father a top secret. The reason is that the man is a sitting governor in
one of the oil rich South South states and his wife is said to be very
brutal; she “deals with ladies” who come close to her husband. 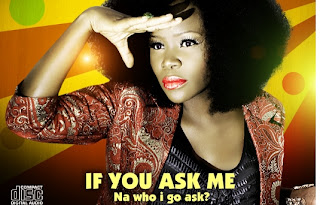 Omawumi’s child has the looks of the said
governor and this is why she hardly go out with the child. The governor
has big eye balls, he is dark and not tall. The source said the First
Lady, that is the governor’s wife, is already aware that husband had
fathered a child with Omawumi.


She’s mad at the development and has sent strong warning to
Omawumi to “completely stay away” from her husband otherwise she will be
sorry. As a result, about two years since Omawumi gave birth she has
not stepped her legs in the state as she’s closely being watched” LOL!
Anyways, Omawumi has reacted and she has this to say:
breaking news Naija news news now News Today nigeria news olufamous omaumi's love life Omawumi's boyfriend omawumi's daughter the man who fathered omawumi's child
Previous ArticleSACO “The Comedian” is now Married! (pictures)
Next Article Peter Okoye and Aki on vacation in Cape town