Genius: This Nigerian lady is the best medicine graduating student in the whole of Ukraine (Photos) 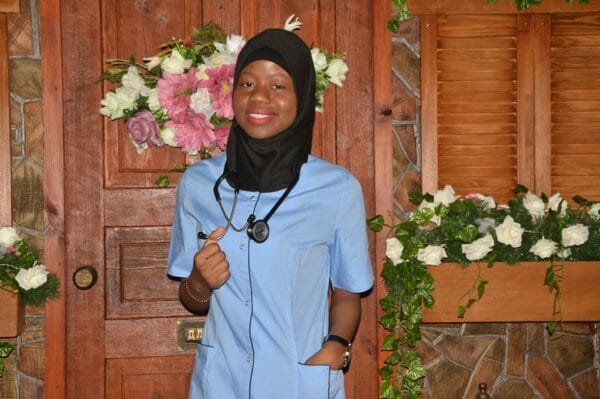 Who told you Nigerians are not record makers? Dr. Lateefat Oyeleye Abiola, the best graduating medical student at
V.N. Karazin Kharkiv National University in Ukraine, was on top of the
world 30 June, as she delivered the valedictory speech. She scored 95.6 per cent to emerge the best, not just at her
university, where she beat 564 other students, but overall in Ukraine.
Abiola who was a student of Osun State University was sponsored to
the Ukrainian university by the government of Governor  Rauf Aregbesola,
to complete her studies. 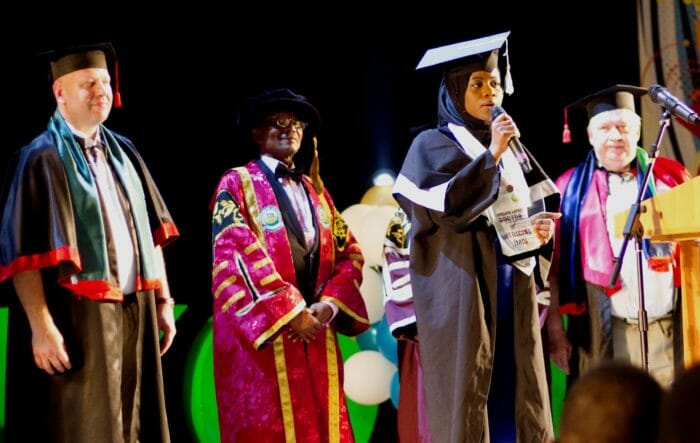 The announcement that her score was the best in the entire Ukraine
was made  at a Pre-Convocation meeting held at V.N. Karazin Kharkiv
National University , Kharkov by the President of the university,  Prof
Vil S. Bakirov.
Kharkiv University is the only university in Ukraine that has produced three Nobel Prize laureates.
There were 49 other students from Osun state, in her set, sponsored
to the school by the Aregbesola administration.  They all passed their
exams. 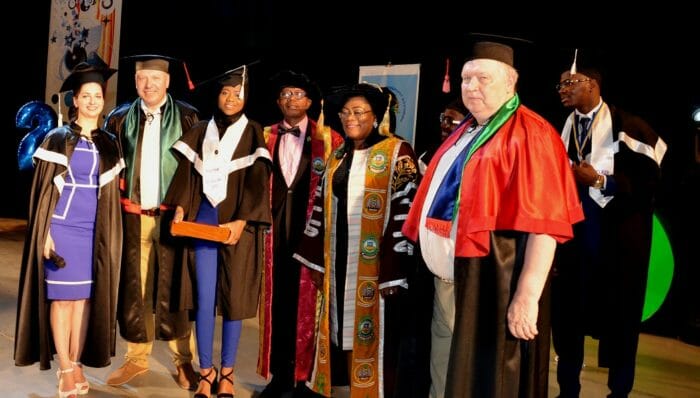 Lateefat was one of the 85 medical students of the Osun State
University, UNIOSUN, left stranded and unable to complete their studies
after the National Universities Commission in 2012 refused to accredit
the course for lack of a medical school.
However, in 2014, when Governor Rauf Aregbesola came on board, he
decided to fully sponsor the 85 students that belonged to two different
sets, to complete their Medical studies at the Kharkiv National
University, Ukraine.
The convocation ceremony, which was attended by UNIOSUN vice-chancellor, Professor Labo Popoola.