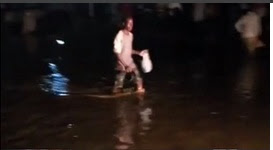 A bike rider was swept away by a flood, after refusing safety
advice from people. He was later found dead, this morning, at Iworoko, Ado-Ekiti,
Ekiti State!

The rain which reportedly started at about 6pm yesterday and lasted for 2 hours resulted to a heavy flood. The bike man who tried to cross to the other side of the road with his “okada” got swept away despite being warned by residents not to.
His body was found this morning, at Iworoko, Ado-Ekiti,
Ekiti State! RIP! 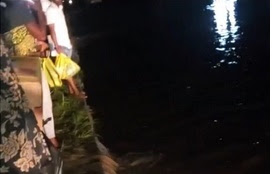