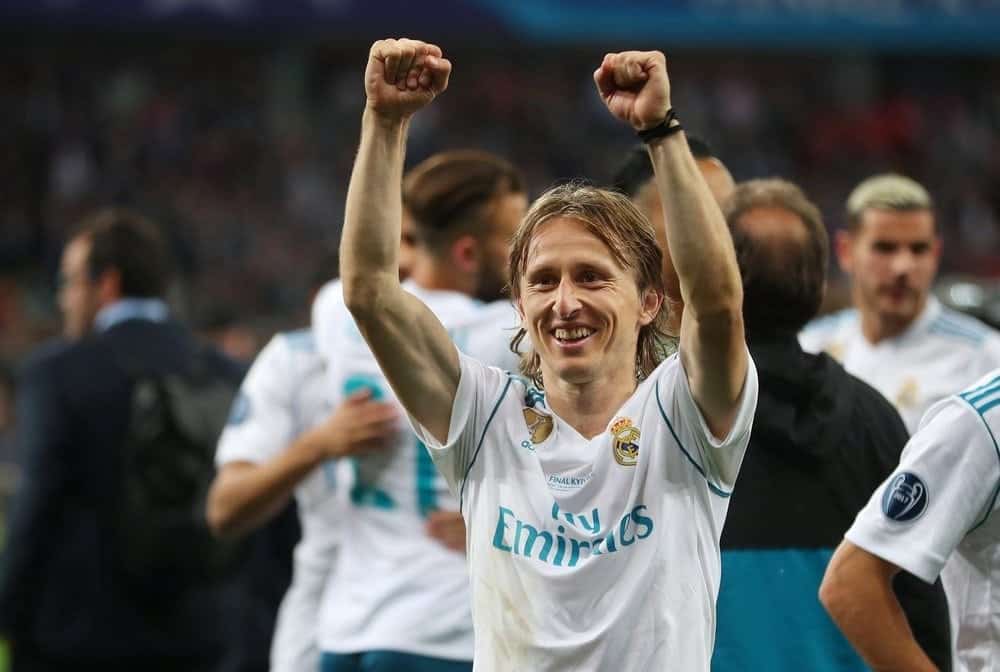 Modric won the prize ahead of former team-mate, Cristiano Ronaldo and Liverpool winger, Mohammed Salah, at a event held in London on Monday night.

The Croatia captain enjoyed arguably the best year of his career, as he won a third consecutive Champions League trophy, before reaching the World Cup final.

Modric went on to win the Golden Ball award for the best player in the World Cup after Croatia’s final defeat by France.

He said after receiving the award, “It is a great honour and a beautiful feeling to stand here with this amazing trophy. First of all I would like to congratulate Mohamed and Cristiano.

“I am sure in the future you will have another opportunity to fight for this trophy.

“This award is not just mine. It is my teammates from Real Madrid and Croatia. Without my coaches I would not have won this. Without my family I would not be the player I am today.

“Thanks to my fans for all the great support and love they are showing me. It means a lot. Thanks to those who voted for me.

“I would just like to mention my footballing idol and former 1998 Croatia captain. He was my big inspiration and that team gave us belief we could create something in Russia.

“This award shows that we can all become the best with hard work and dedication. All your dreams can come true.”

Last month, he won the UEFA Men’s Player of the Year award, also beating Ronaldo and Salah in the process.