When next you want to mess with a Man of God, you
might want to be careful. 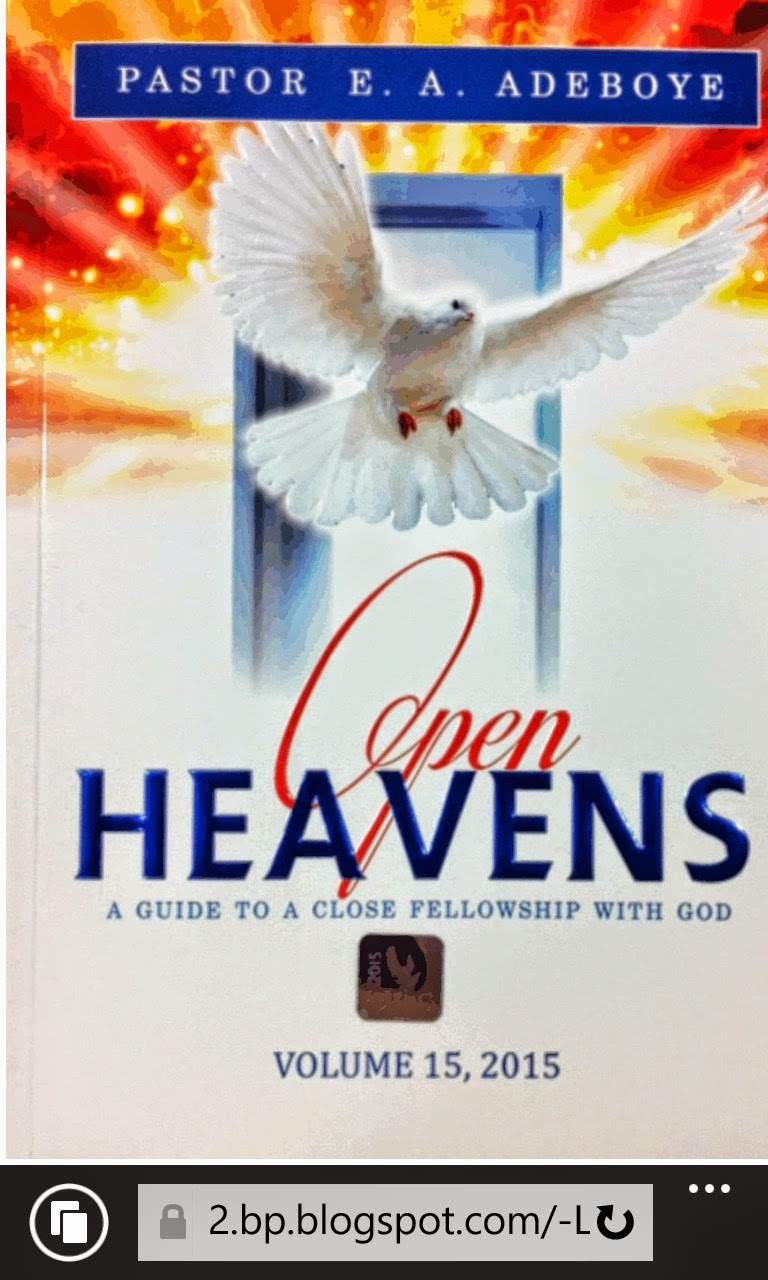 We have heard stories of how criminals who attempt to mess
with RCCG’s Pastor E.A Adeboye end up getting scorched and caught in the act,
well there’s a new one!
A middle aged Nigerian, in his early 50s recently met
his Waterloo and died after messing with the General Overseer’s devotional
book.

The man (name withheld for family’s sake) went to
China with an original copy of the widely read ‘RCCG’ devotional book ‘Open
Heavens’ and guess what he did, he duplicated copies of it and brought them
back to Nigeria to sell at the rate of N1000…when the original price of the
book actually goes for N750- N800.

Unfortunately for him, he died last month as he arrived
the country with the pirated copies of  the book.
He had alighted from his vehicle and was moving into his house when he slumped.
His sales person was arrested by security
officers at the Redemption Camp this last weekend and now in police custody, in
one of the police cells at the Redemption Camp.
The driver of
their Lorry loaded with a large amount of the pirated books on the other hand, ran away on foot
after he realized the end has come for them.
They
were trying to see if they could sell the pirated books to make some
money from the amount he had spent to pirate the most sort
after devotional, open heavens by Pastor EA Adeboye which you can get
electronically get at www. iopenheavens.com.
A lesson learnt right there!
The official website of the church is www.rccg.org
While his (Adeboye’s) personal website is www.eadeboye.com