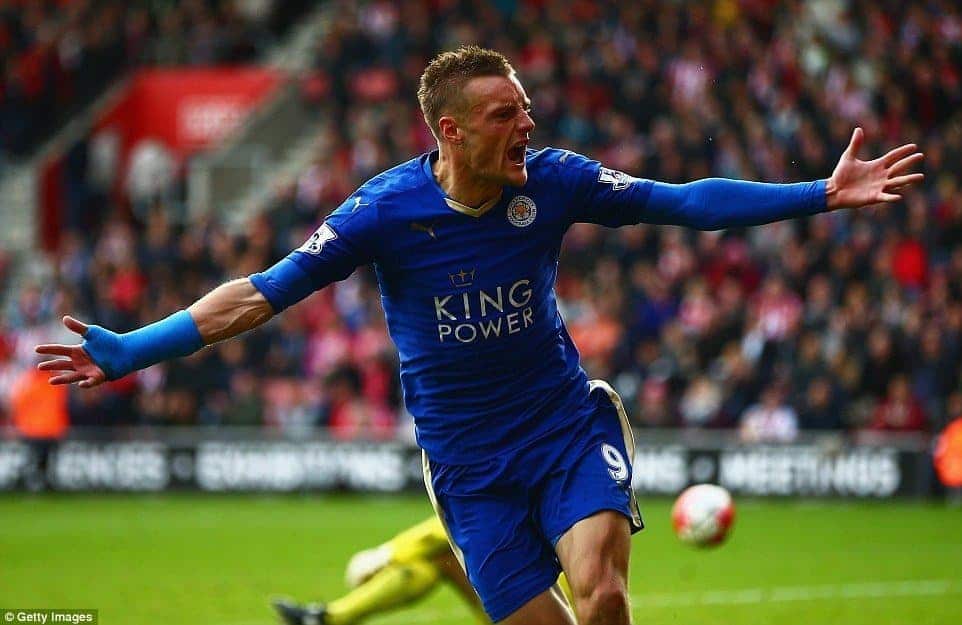 A second half Jamie Vardy strike was enough for Leicester to see off Everton 1-0 at Goodison Park in the first Premier League match of 2019.

A drab encounter produced few chances and moments of quality, with the visitors profiting from a mistake at the back to climb to seventh in the table.

Marco Silva’s side miss the chance to move up to seventh themselves, and could drop to 13th by Wednesday night after a poor run of results.

Everton had the game’s first oppurtunity after 12 minutes, with Gylfi Sigurdsson intercepting a pass from the back by Harry Maguire and teeing up Richarlison, but Jonny Evans was on hand to block the close-range effort.

Leicester’s slow start to the match continued with Lucas Digne’s low cross causing havoc in the box before the ball fell to Jonjoe Kenny, whose shot struck the post.

The first half ended with little further action at either end, and the second half started in similar fashion, with both sides only able to muster half chances on the edge of each other’s boxes.

A goal looked most likely to come from an error rather than an individual piece of brilliance, and just that happened after 58 minutes when Michael Keane gave the ball away just inside his own half, allowing Ricardo Pereira to play in Vardy to score the first Premier League goal in the New Year.

Everton threw on Bernard and Cenk Tosun in hope of finding a goal, but Leicester were the ones continuing to threaten, nearly doubling their lead when Jordan Pickford spilled Ricardo’s low cross into the path of Wilfred Ndidi, but he recovered to block the follow-up.

The home side nearly benefited in a similar way to how Leicester took the lead when Evans’ loose header was picked up by Tosun, but Kasper Schmeichel parried his effort away.

Leicester had an appeal for a penalty turned down after 80 minutes when Maguire’s header struck the arm of Keane.

A late Everton corner fell to Tosun, but his header was straight at Schmeichel, and Leicester held on to return to winning ways

Claude Puel’s side have now won three of their last four Premier League matches, while Everton are still searching for their second win since the end of November.