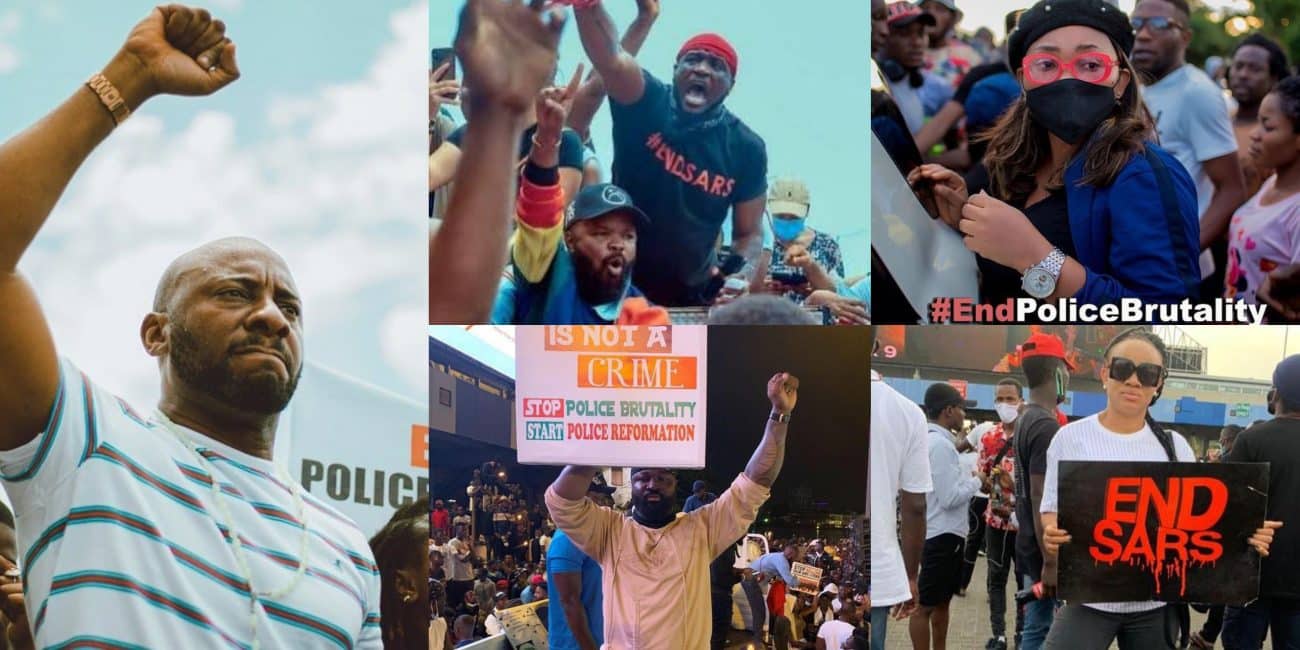 The Nigerian Police have fired teargas to disperse peaceful protesters and observers at the Lekki toll gate in Lagos for the second anniversary of the #EndSARS protest.

Kemi Filani reports the peaceful demonstrators comprising majorly of youths, led by singer Falz and comic star Mr. Macaroni, placed coffins on their heads, which they made in remembrance of those who allegedly died in the October 20, 2020 incident before police fired teargas canisters.

The act has since caused gridlock at the toll gate, with the police arresting a man, identified as Desmond Jacob, after firing tear gas.

Jacob claimed he was among peaceful protesters that converged at the Lekki toll gate on October 20, 2020.

He knelt in front of the toll gate crying before police officers came and picked him up.

After interrogation, he was released and asked to leave the toll gate.

It will be recalled that the toll gate has become a rallying point for protesters following the clash between security forces and #EndSARS protesters on October 20, 2020.

Details of what transpired on that fateful night have remained unclear to date.

Rapper Falz The Bhad Guy, comedian Mr Macaroni, and others have stormed the Lekki toll gate to stage a procession in memorial of lives lost during the #EndSARS protest of October 2020.

The activists plan to have a car procession with horns blaring and flags waving at the toll gate where protesters are believed to have been shot and killed.

This is despite warnings from the Lagos Police Command against the breakdown of law and order in the state.