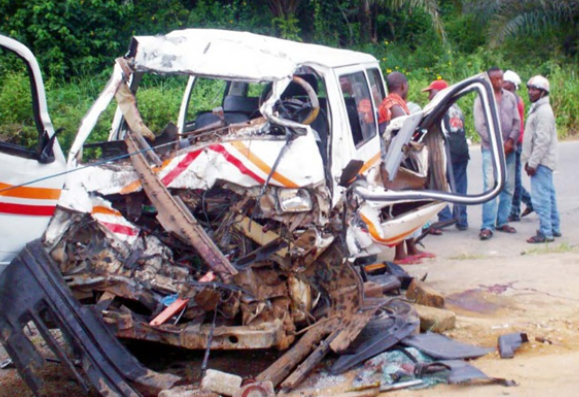 The Ondo State Police Command confirmed his death. Late Mustapha was said to have lost his life in a fatal motor accident on Ondo/Ore Expressway at Omifon area in the Odigbo Local Government Area of Ondo State on Sunday evening.
It was reported that the officer was travelling to visit his family members when the accident occurred.
It was gathered that his son was also in the Toyota Camry car in which the deceased was traveling. The son however did not die in the accident but sustained injuries.
“The accident occurred at about 7pm on Sunday evening. The DPO’s car somersaulted when he was traveling at Omifon area with his son and he died immediately. But the son survived the accident with injuries. He is currently in the hospital receiving treatment” a source said.
The state Police Public Relations Officer, Femi Joseph, confirmed the incident, saying the death of the officer was a great loss to the Command saying “the death of Mustapha came to us as a rude shock, we will greatly miss him in this Command.”