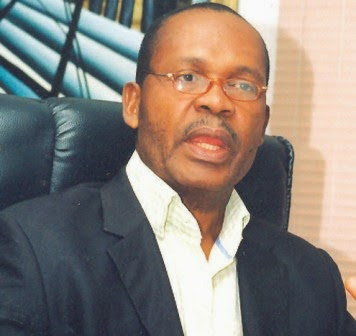 Joe Igbokwe, the publicity secretary of Lagos APC has rubbished
Governor Fayose in his new article…damn, hard words. Read below:


Anybody who sees Ayo Fayose, the so-called governor of Ekiti
State should please beg him to see a psychiatric doctor before it is too late.
From the look of things now I do not know if the man ever sleeps at all.


From the look of things I can say authoritatively that he
wakes up in the dead of the night to cry and curse the day General Buhari was
born. I am sure he has fallen out with everybody; his siblings and members of
his family included because of this Buhari factor.


After robbing former governor Fayemi of Ekiti State, Fayose
has been on top of the world celebrating his so-called victory until the bubble
burst.


When the result of the June 21 Ekiti gubernatorial election
was made public I remember I told anybody who cares to listen that APC must
find out what went wrong before it happens in other APC states. When the
elections shifted to Osun State, APC knew that it has to stand up or PDP will
get bolder and repeat the same onslaught.


APC took the bull by the horns and the rest is now history.
Now almost seven months after, the sordid story of what took place in Ekiti
began to emerge.


Ayo Fayose, Jelili, Obanikoro have since acknowledged their
presence at the meeting but still denying the obvious and painful truth that
they ordered the police and military personnel around and used them extensively
to steal Ekiti State at gun point.


But the worst hit in this criminality and brigandage is the
man Ayo Fayose. Never in the history of this country have we seen this type of
abuse of the military in a civilian dispensation by a bloody civilian.  Ever since General Buhari emerged the
candidate of APC and the events that have followed his emergence Ayo Fayose has
been a ghost of himself.


He fears Buhari more than anything under the sun. Even
though Buhari is yet to win the Presidential elections slated for February 14
2015 and now shifted to March 28 2015, Ayo Fayose will not sleep.


He fears even his shadow and even a knock at the door by his
siblings, his aides and neighbours. For Ayo Fayose, the fear of Buhari is now
the beginning of wisdom.


This is the reason he wants General Buhari dead by all
means. Fayose once bought the front pages of The Punch and The Sun Newspapers
not only to pass a death sentence on Buhari because the man is 72, he used the
same medium to mock dead leaders from a section of the country.


Fayose nearly provoked an ethnic war in the country but the
situation was managed by leaders across Nigeria who rose in their thousands to
condemn Fayose without mincing words. But Fayose will not listen.


Soon Fayose started the campaigns that Buhari is sick. He
has been trailing the APC Presidential candidate anywhere he goes. He has been
monitoring the man’s movement anywhere he goes. Buhari travelled to London and
Fayose followed him to London claiming that GMB has gone for treatment.


What is wrong in anybody going for medical check up or
treatment? When has it become an offence for prominent leaders to go for check
up? On Monday in all the papers and everywhere on the internet, the mentally
retarded Fayose said BUHARI CAN NEVER RULE NIGERIA.


Now who is Ayo Fayose in Nigeria that will stop candidate
Buhari? Where is his capacity and capability to stop this movement? Who is
behind this loose canon?


Who is beating the drum for this naked dancer? Of what meat
is Ayo Fayose fed? I know that a million Ayo Fayoses cannot stop Buhari from
being sworn in as president on May 29, 2015. I know Fayose is playing to the
gallery.


I know Fayose is being tormented by his past. Fayose has two
murder cases hanging on his neck. Fayose has used thugs to attack a High Court
Judge. Fayose has abused the State Assembly in Ekiti State.


Power has turned Fayose to something else that he no longer
thinks. Soon Fayose will be called to come and give an account of his open
criminality and brigandage in Ekiti. Buhari will bring Fayose to judgment in
the fullness of time.


The world is now seeing why Jonathan must go for Nigeria to
breathe fresh air.  Fayose knows that the
moment General wins this election he has to run away from Nigeria.

He knows that he is sitting on a stolen mandate. He knows
that he needs nobody to advise him on what to do the moment it becomes obvious
that Buhari is the next president of Nigeria. A thief runs when nobody is
pursuing him.