By Tireni AdebayoDecember 10, 2013
Critic and movie producer Charles Novia has released his list of the best 5 actors for 2013 and three of my favourite actors made it to the list! 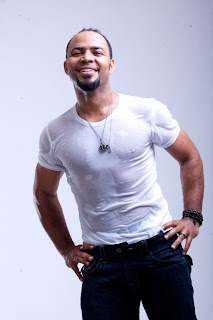 On Odunlade Adekola, Charles said “I don’t judge actors on whether they are in Nollywood or in ‘Yoruwood’
or any other ethnic coinage. This actor in the Yoruba genre of movies,
Odunlade Adekola, has stood out in 2013. I watched a couple of his
movies and he impressed me with his style, attention to
characterisation, internalisation and a restrained attempt not to be
melo-dramatic.
I don’t even understand Yoruba so it speaks volumes about how his
acting made an impact on me. I am told that he is presently the biggest
star in the Yoruba film sector. I can see why. Talent do not lie” 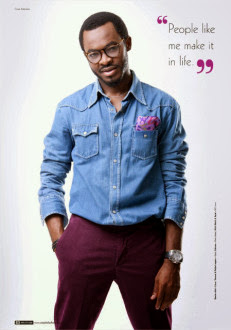 On Ramsey Nouah,  ” It was tough putting Ramsey in the Number 2 spot because he is a damned
good actor. Very good. Having worked with him in eight of my movies in
the past, I know his abilities but I am yet to know his acting
limitations. I believe Ramsey would stun us all in 2014 when Izu Ojukwu’s ’76′ hits
the screens. We are yet to see the best of Mr Noah. We have only seen
the stirrings of a best.”
On OC Ukeje “
No apologies to anyone. My Number One Actor for 2013 would be OC Ukeje.
In arriving at this conclusion, I had the uncomfortable task of
distancing his acting in my movie ‘Alan Poza’ from the list of other
movies he was assessed with. But one cannot ignore that in 2013 alone,
OC has won the ‘Best Actor’ diadem FOUR TIMES at the AMVCA, NEA, BON and
NMA awards. He has also been nominated for ‘ Best Actor’  a record
EIGHT TIMES in a single year. Now, that is enough to make heads turn and
so they should. This is a feat even the older acts in Nollywood cannot
boast of.
Watching OC Ukeje in three movies in the past year was a stunning
experience. Since 2006 when OC won the top prize in the ‘Amstel Malta
Box Office’ (AMBO), the young man had been relatively quiet and picky
with his scripts, preferring to feature more in stage productions and
promising scripts. That sense of purpose paid off in the long run.
Like the Bible says, you can’t hide a light under a bushel. OC’s
illumination in the acting space can be seen in ‘Confusion Na Wa’, ‘The
Awakening’ and ‘Hoodrush’. In these movies, the power of his art can be
seen. He has an unusual intensity as an actor and a peculiar propensity
to project his characterisation which would leave many with gaping
mouths.
This young man has a lot to give to us in the nearest future. All we have to do is to receive.
breaking news Charles Novia Naija news news now News Today nigeria news OC Ukeje Odunlade Adekola ramsey nouah
Previous ArticleDr Sid and Simi Osomo go lovey-dovey on twitter + more photos from their wedding introduction
Next Article Obama and David Cameron take ‘selfie’ shots during Mandela memorial service, piss off Michelle (PHOTOS)