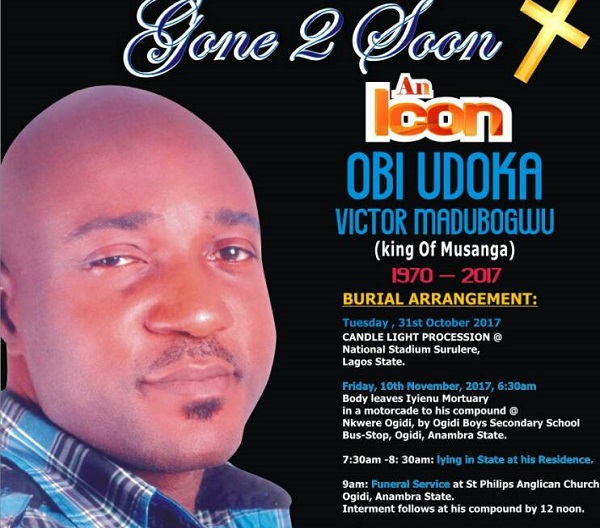 The burial details of late Nollywood actor and filmmaker, Obi Madubogwo who died at the age of 47, has been announced by his family.
He will be buried at his hometown in Ogidi, Anambra State. He is survived by his wife, children, and family members.
The Nollywood actor, had been battling with chronic diabetic before he finally succumbed to death on the 28th of August.
He died sometimes after he developed fever and was rushed to the hospital where had complications and later gave up the ghost. 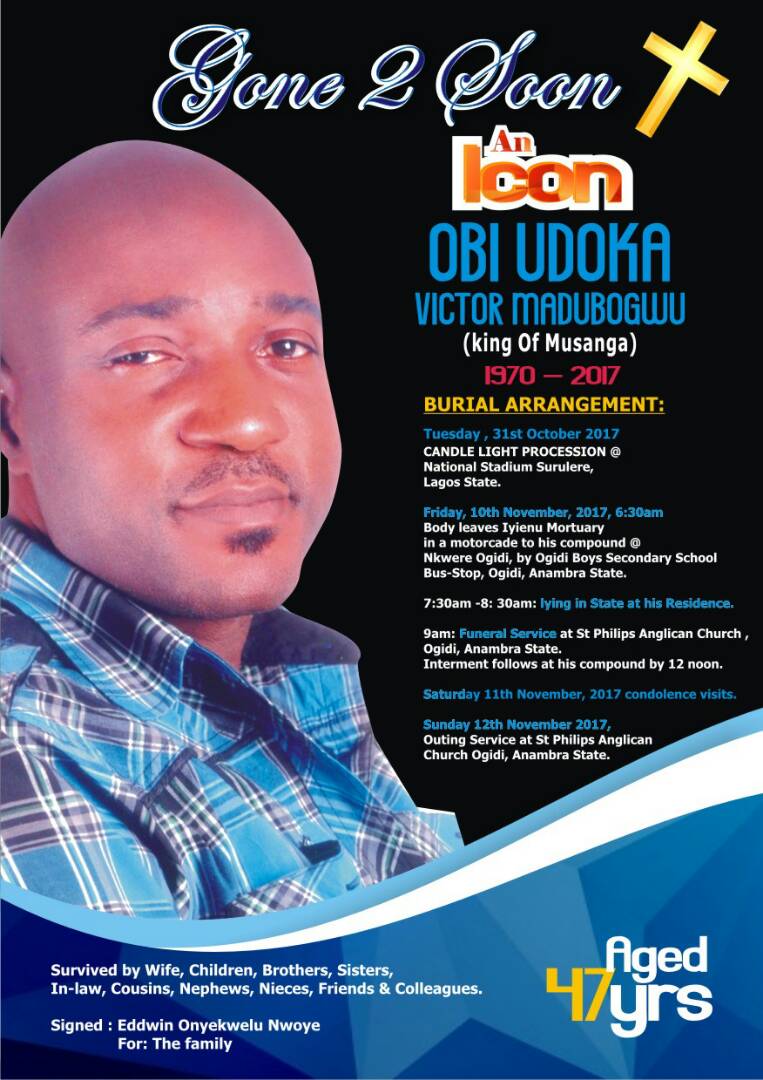