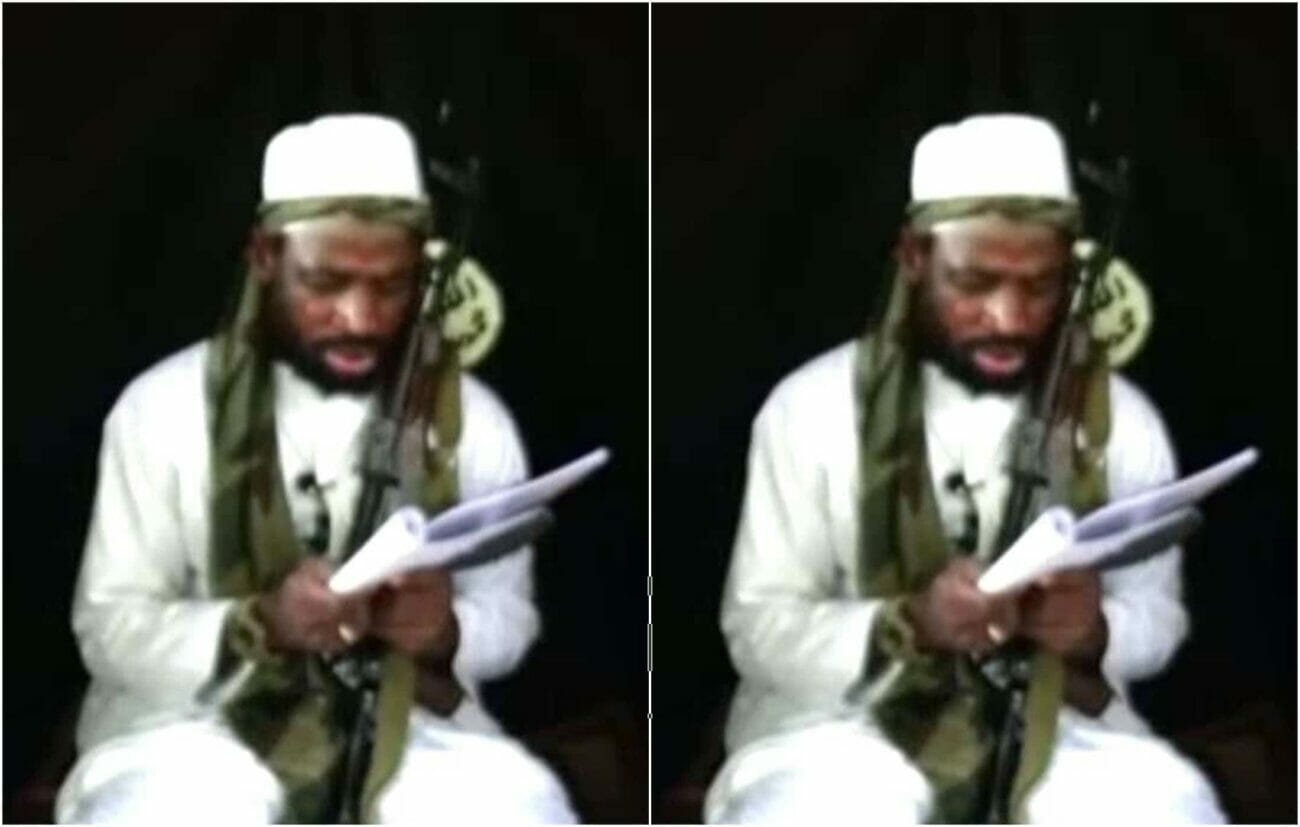 In the viral video, Shekau is seen reciting the Nigerian national pledge, which he denounced as shirk.

Shirk in Islam means associating a partner with God and is deemed one of the greatest sins in the religion.

Abubakar Shekau reeled out the 35-minute speech dressed in a flowing white gown and clutching an AK 47 rifle.

Conflict journalist Ahmad Salkida, who first published the news about Shekau’s latest video, said he may “have impaired eyesight as he struggled to read his group’s ideology in Arabic.”

The last known video of the Boko Haram leader was a 36-minute clip released in July 2018.

Shekau may be reaching out for support, according to analysts, which rival groups in the region enjoys, by clearly highlighting the group’s doctrines. Detailed translation of the video to be made available shortly.