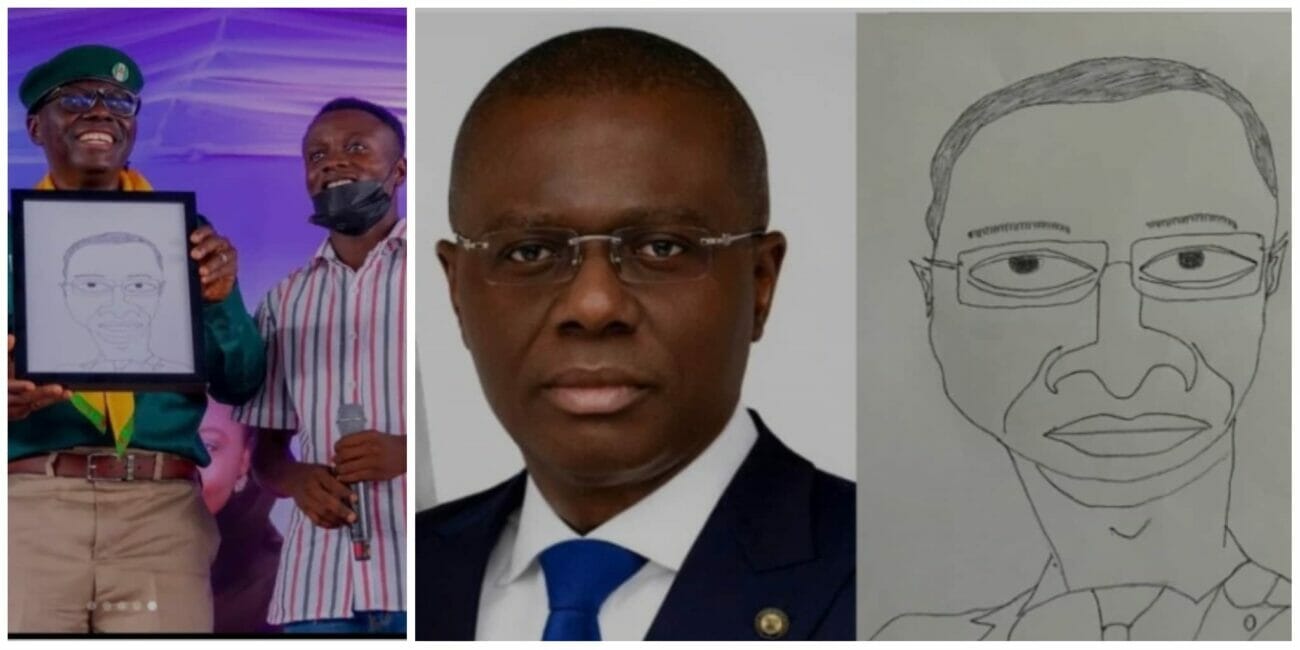 Gov. Babajide Sanwo-Olu of Lagos state on Tuesday finally met popular comic artist Taiwo Osinowo better known as Boda Taiye Oniyakuya, who did a funny painting of the Governor which went viral on social media a few days ago.

The funny painting went viral to the extent the Governor had to react as he handed him an invitation to meet with him.

Sanwo-Olu sent him a response: “Really? So it’s me you drew like this?

“I’m guessing you will like to present it to me in my office, abi?

“OK. Come and present it to me in my office. Hmmmmm”, Sanwo-Olu wrote.

Osinowo went on to share the governor’s response on his Instagram page on Saturday as he was uncertain on whether to honour the invite.

Well, Sanwo-Olu finally received the painting at the Lagos Youth Symposium event that was held at the LTV Blue Roof Agidingbi, Ikeja today. 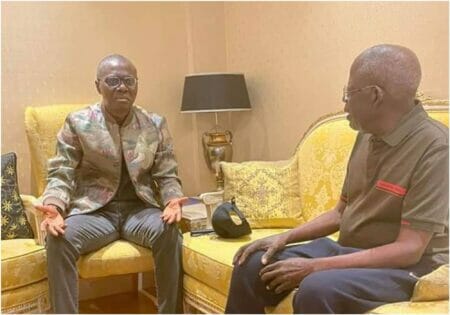 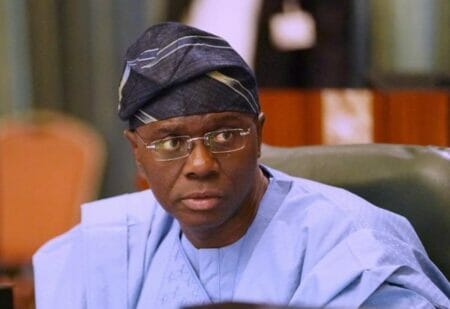 Sunday Igboho: People are working behind the scenes – Sanwo-Olu 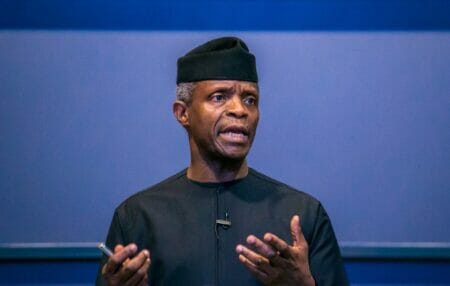 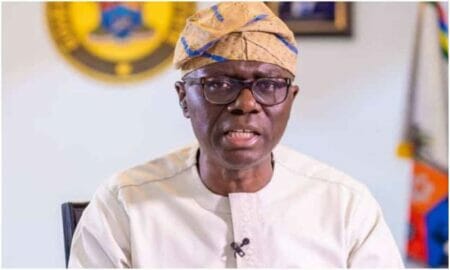 Okada ban to be fully enforced from next week – Sanwo-Olu 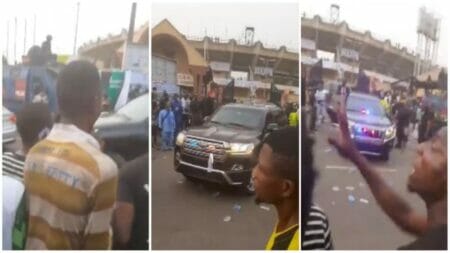 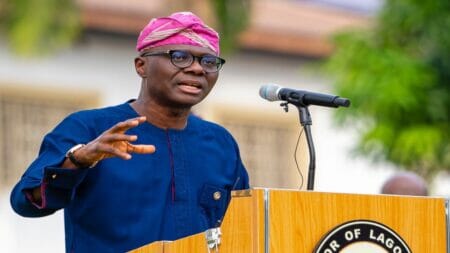