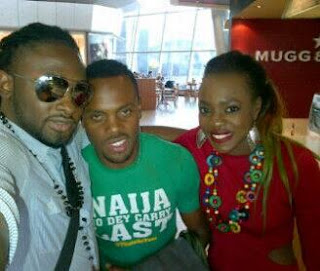 Nigeria’s representatives at the just concluded Big Brother Africa The Chase Beverly Osu and Melvin Oduah have arrived home.
Beverly and Melvin arrived at the Murtala Mohammed International
airport on Tuesday, August 27, 2013 around 8pm, two days after the grand
finale.
The duo who arrived in company of show host I.K Osakioduwa were
welcomed by a crowd which included friends, family and fans. A very
over-whelmed Beverly shed a few tears as she was received by her mum, TV
presenter, Denrele Edun and close friends.
Melvin and Beverly both made it to the finals of the show, finishing in  fourth and fifth positions respectively.
See photos below: 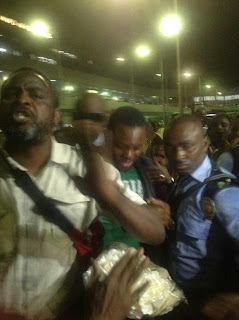 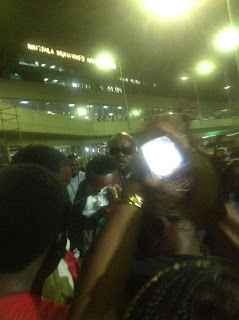 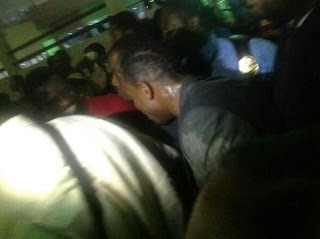 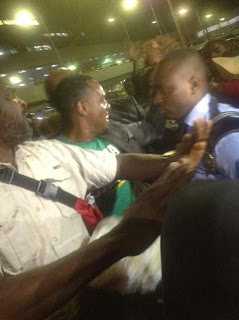 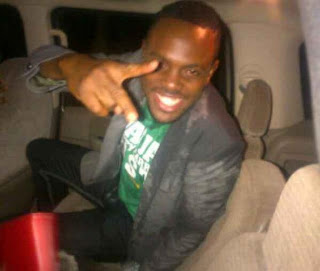 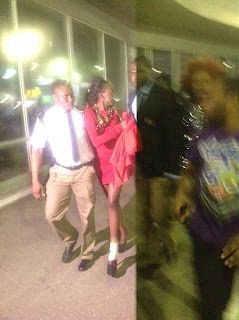 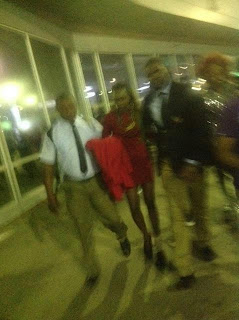 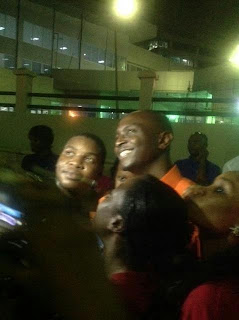 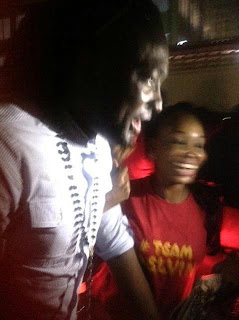 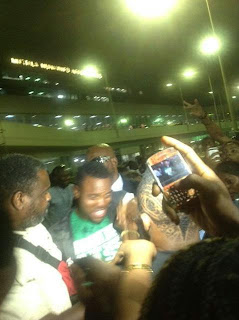 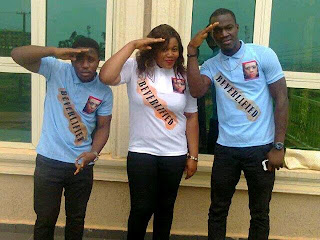 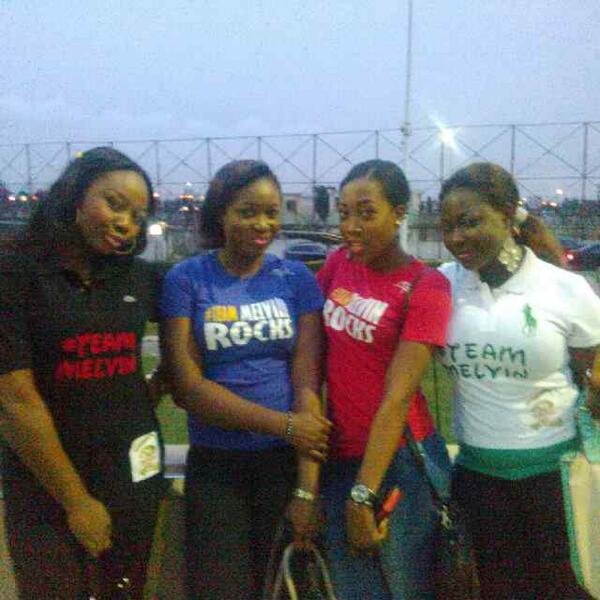 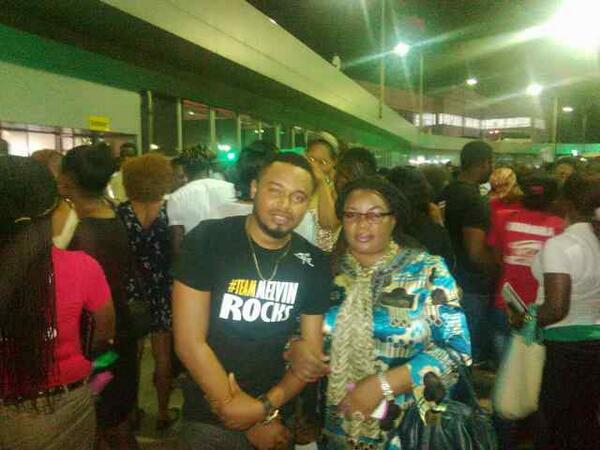 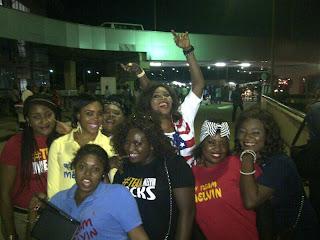 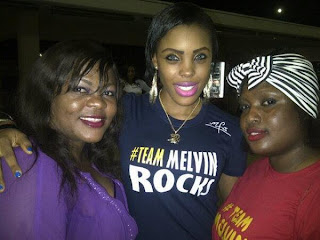