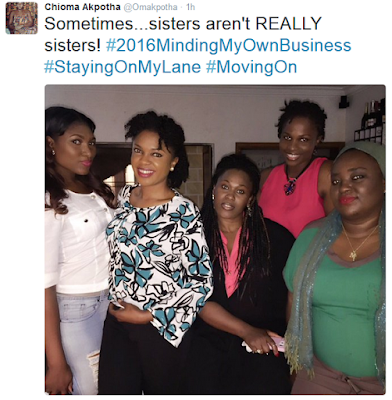 Just when we thought we were done with the beefs in the entertainment industry, another has just begun! Hours ago, Nollywood.Actress
Chioma Akpotha called out fellow movie stars Uche Jombo,Emem Isong,Omoni Oboli
and Ufuoma McDermott and Blessing Egbe, saying sometimes,sisters aren’t
really sisters and she is moving on! Three of them have already responded….
below 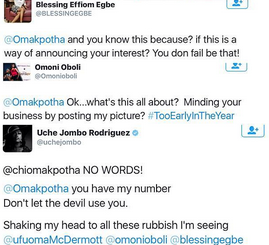 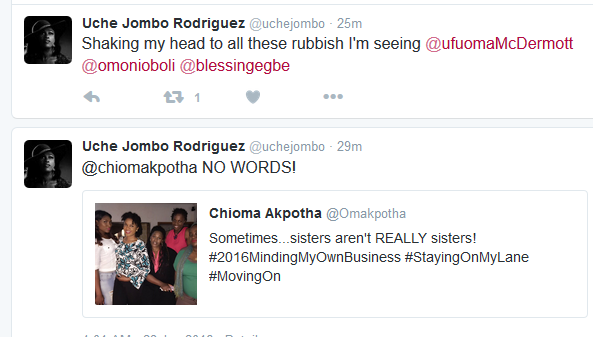