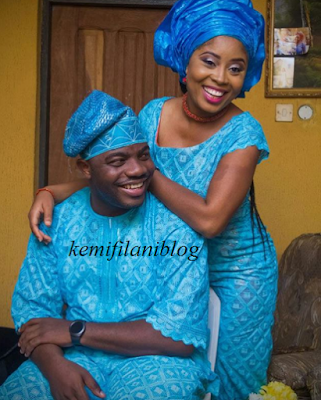 I am from Edo State and I grew up in a loving family. I didn’t know
that I was going to become a professional musician. My mum used to sing a
lot and I loved to sound like her. In fact, she was my first motivation
for doing music. There was a day she was supposed to sing in church but
she lost her voice. Because of that,  I had to stand in for her. Our
pastor heard me sing and he advised me to do something with my voice
because it sounded beautiful. That’s when my dad decided that he would
work with me and take it to the next level.

I don’t feel like I became famous too early.  If I didn’t start
singing when I did, I may never have taken singing as a profession. I
had a bit of preferential treatment when I was in school; there were
times that I had to go for shows and the authorities were understanding.
Sometimes, classes and tests were rescheduled for me. My experience
also taught me that when I have my own kids, I need to encourage them to
go after their dreams at an early age.

I don’t agree that I wasn’t able to transform from a child star to an
adult one. I took a break at a point because when I got into the
university, a lot of things changed. I went to a private school and
their curriculum was different from what I was accustomed to. I decided
to focus on my education and give it all my time.

I’m a gospel artiste and I’m working on gospel songs, which is what I
will be putting out there. As a gospel artiste, there are lots of
messages that I can share through my music.

My late dad was my manager and he was the one who discovered and
nurtured my talent. He had worked with great musicians such as Onyeka
Onwenu, Felix Libarty, Chris Okotie and Sunny Okosuns, among others. It
is definitely not an easy thing to lose someone who believed so much in
my gift and ministry. I cannot tell you that I’m fine now but I’m glad
that he managed me. He had such a strong impact in my life that I would
never forget. I will continue to sing gospel music because it is
something my dad was very passionate about. A song like Osemudiamen,
which remains my biggest, was co-produced, marketed and distributed by
him. He did all the legwork and he did not rest until the single became
popular. I will also miss the plans and strategies he always had for
every song that I released. More importantly, I miss a father who
believed in all his children and nurtured them to greatness. Before he
died, he made sure that all his offsprings were settled in their
respective careers. I’m working with a new management now but I don’t
know if anyone would be able to fill his shoes.

Vocally, I admired Whitney Houston because of the powerful way she
sang. I also love Cece Winnans, Marvin Sapp, Tasha Cobbs, Jekalyn Carr,
and a host of others. I appreciate diversity in music.

A lot of people still see me as a kid singer. Though it is cute and
sweet, I wonder why some people cannot see me as a woman now. Another
challenge is that gospel artistes don’t get as much support as secular
ones. It could be discouraging at times. We need more people to support
gospel music because of the life-changing messages that we preach.

Marriage has been beautiful and I thank God for that. I am especially
thankful that my dad was alive to walk me down the aisle and give his
blessings. I also thank God for the man He has blessed me with and we’re
both learning every step of our marital journey. Most importantly, we
have God as our foundation and it helps us to be more committed to each
other; it couldn’t be more beautiful. My husband is a media
entrepreneur.

One of my most memorable experiences was when I was invited to the
Presidential Villa to sing at Nigeria’s 40th independence anniversary at
Aso Rock in Abuja. I was invited by a former first lady, Stella
Obasanjo. I was also very excited to perform at FIFA Under-21 World Cup
(Nigeria 99). I was thrilled to sing before thousands of people at an
international event and I’ve never forgotten that experience. Being the
face of Caprisonne was also a big deal for me and it afforded me the
opportunity to travel a lot outside the country. There are also times
that I would go to buy things and the seller would give me for free
because they are glad to meet me. These and some other experiences are
memories that I will always cherish.

I listen to music a lot and I play the keyboard. I also visit cinemas
with my husband. I hang out a lot with my siblings and I love to
travel.

I like outfits that are decent, simple, classy, comfortable, and not over-the- top.