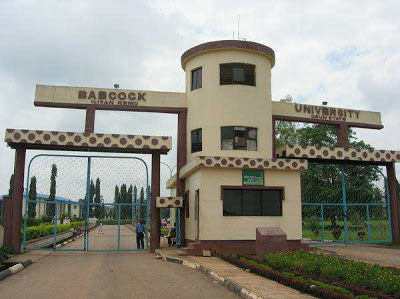 Students of Babcock University, Ilishan Remo in Ogun State who may have
been hoping for a reverse in the decision by the university management
to introduce meat in their meals, again have had their hopes dashed.


The management emphasized that it will not back pedal on its decision
hinging same on the tradition of the owner of the university. The
seventh Day Adventist Church, which abhors meat consumption for its
members.

According to the Vice-President  (VP) of the university, Prof
Iheanyichukwu Okoro, meat diet exposes people to cancer, and other
diseases and above all, shortens life.
“The seventh Day Adventist Church, owners of Babcock, is not just
only concerned about the spiritual well being of people but the physical
and it has been shown without doubt in all scientific literature that
vegetarian diet is superior to any meat diet. I can tell you with the
vegetarian diet that they are taking, they look healthier than when they
go home,” he said.

According to Okoro, members of the church are allowed to eat only
‘clean meat’ in accordance with Biblical injunction. “They are not
allowed to eat pork, dog, camel or vulture meat because they are unclean
meat,” he said.

For students who are complaining, he said management understands
their point of view because that is what they eat in their homes. “But
ask them if they are not healthier with what they eat here than what
they eat at home. If they will not say it, their parents say it all the
time,” Okoro added.

He also spoke on dress culture in Babcock.

“Students generally like to do whatever they want, but this is a
Christian institution. We believe in modesty in everything we are doing.
If you look at a Muslim woman, she believes her body must not be
expose, so she dressed decently. What the church is saying is dress
well, not expose parts of your body that should not be exposed. Don’t
expose parts that will stimulate the opposite sex to rape you. Both for
boys and girls we want decent dressing,” he added.

He said students can go out of the school with an exeat. He said if a
student must go out, his or her parents must be contacted to know if
they are aware that their ward is going out.  If parents respond in the
affirmative, the student will then tell the school authority where he or
she is going and when he or she will be coming back. “It has to be
weekend because if you must miss the class the process is very long.
They should just know that it is for their own good.”

On the fee structure of the school, which ranges from N700,000 to
N2million (for Medicine) per session, Okoro denied that the fees are
outrageous, considering the cost of providing quality education.

“The fee is okay if you look at what we give to them. We bought
computer equipment for N130 million and we used N150 million for Medical
School accreditation. The money that students are paying cannot be too
much for what we are giving them,” he added.