Popular blogger Linda Ikeji and Embattled Nollywood actress mercy Aigbe have both been dragged to court by one Opemititi Ajayi who was accused of allegedly breaking the actress’ marriage. She is demanding N500million each from both of them.

Her lawyer Afolabi Fashanu & Co has written to blogger, Linda and Mercy over defamation of character of its client.
Recall that in an interview with Broadway TV,
Mercy Aigbe was quoted to have claimed her husband slept with Miss
Opemititi, a statement which is unsubstantiated and allegedly
fabricated.

Linda Ikeji on her part had exclusively broke the news on her blog that Opemititi A.k.a queen stunner was responsible for Mercy Aigbe’s failed marriage.

However, the compliant’s lawyers have demanded a retraction and public
apologies from both Mercy Aigbe and Linda Ikeja in the media including
their social platforms and also demanded a total sum of 500 million
naira each from them. 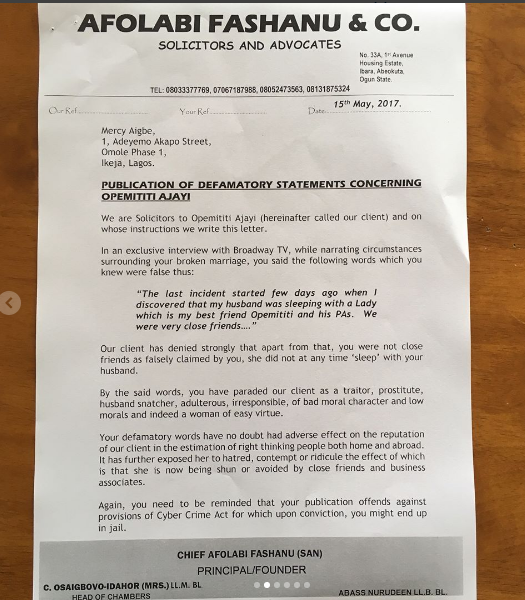 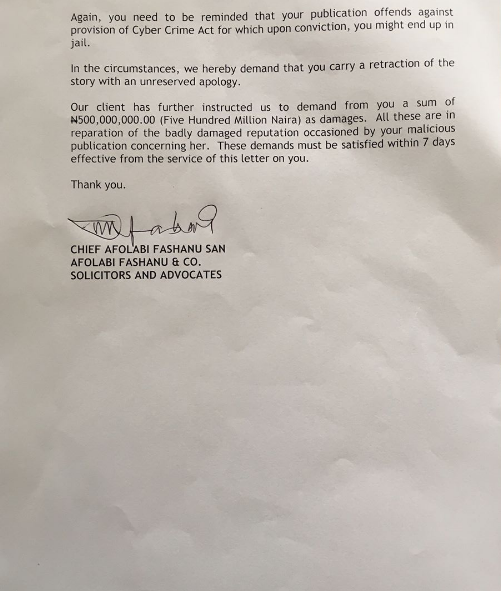 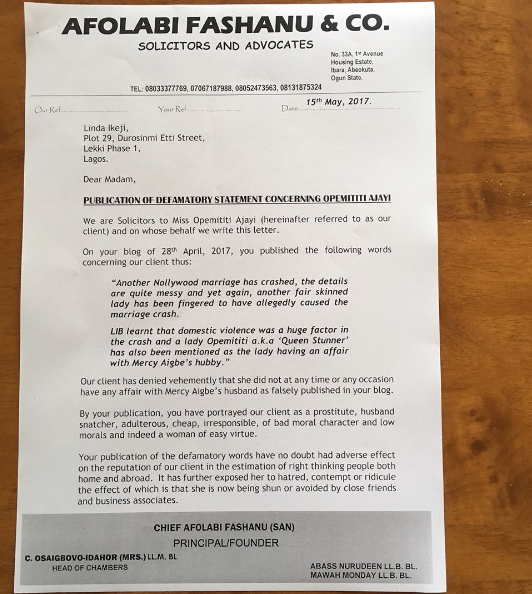 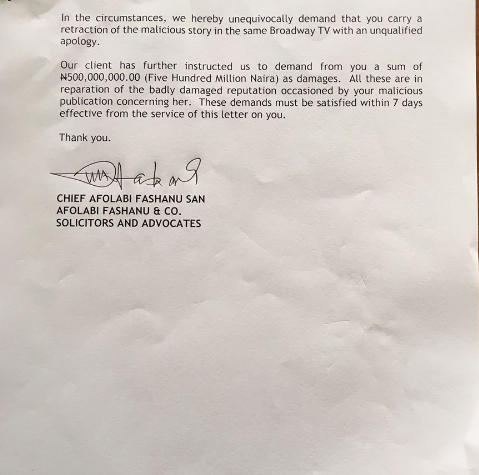