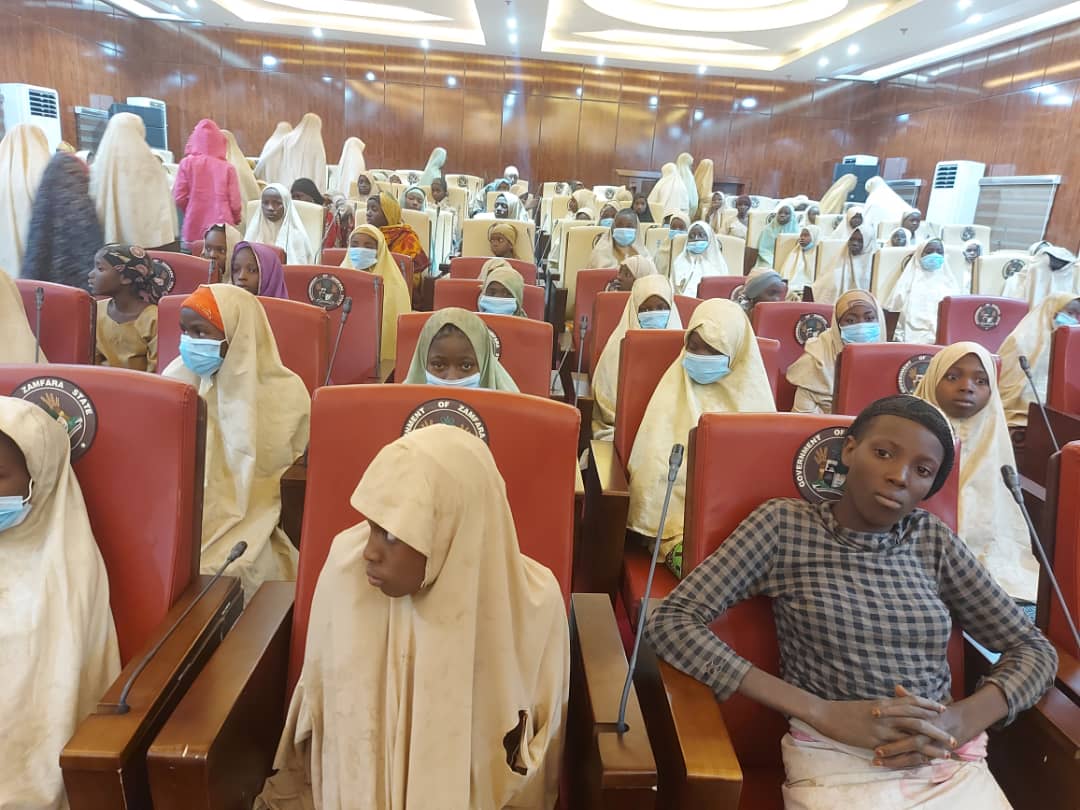 Over 300 female students of Government Secondary School in Zamfara State who were abducted on Friday by bandits have been released.

The students were released by their captors in the early hours of Tuesday.

They were received at the Government House in Gusau, the state capital.