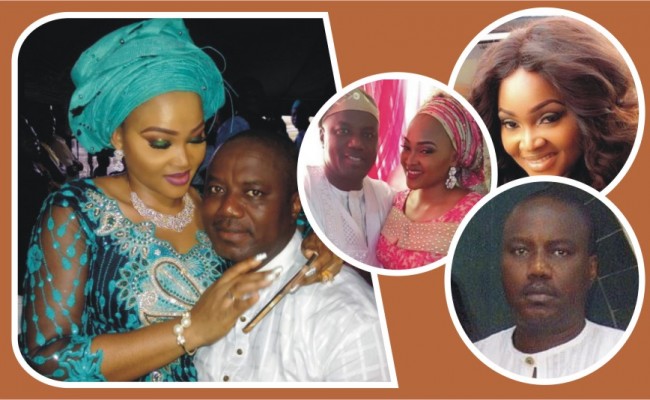 The seven-year marriage of star actress Mercy Aigbe and her
hotelier husband, Lanre Gentry, was destroyed by three things which both
of them have listed in their claims and counter-claims.
As more details emerge about the ill-fated union, it is clear
that the relationship which produced a son was destroyed on these three
fronts:

1. Emphasis on money, believing it’s the beginning and end of a rewarding romance.
There’s too much concentration on winning love with money. The husband
spoke about depositing N8 million for a new Range Rover in preparations
for her 40th birthday.
Before now, she has flaunted cars and her boutique, as well as several trips abroad.
With allegations that he’s suffering reversal of fortunes, the union was affected.
She was accused of philandering with several men, and even admitted that one such dalliance was because of money.
Both painted the pursuit of the good life as if it was the foundation of their union.

2. Trust was lacking.
Both threw accusations of adultery at each other, with phones and laptops surreptitiously monitored.
This lack of trust led to all sorts of accusations, and domestic violence.

3. Their sex life was not great.
It’s apparent that the sexual chemistry between them was below average.
That’s why both are accusing each other of adultery. While the wife was
alleged to be shamelessly sleeping around, the husband was labelled a
serial womaniser.