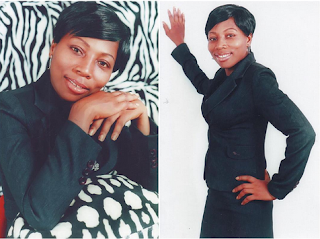 Yesterday, Justice Obiozor of a Federal High Court in Lagos, sentenced Clara Onah, a graduate of Microbiology from the University of Nigeria, Nsukka, and a postgraduate student of Mass Communication, to 7 years imprisonment for manufacturing and selling a fake brand of 200 mg of Amazon Amagyl Metronidazole tablets.

.
The prosecutor, Shamaki Umar, had told the court that Onah deceived officials of NAFDAC by telling it that the fake drugs were manufactured in Ogun State. She took the NAFDAC officials on a fruitless journey in search of the alleged manufacturing company when in fact she was the sole manufacturer.
.
.
When they eventually traced her residence at No 12, Mosalashi St., Alagbado Lagos, they discovered items she used in manufacturing the drugs, such as weighing scales and labels. Laboratory analysis of the confiscated drugs showed that they were fake and contained 20 rather than 200mg of Metronidazole.
.
.
During allocutus (mercy plea), Onah shed tears and begged the court to give her a second chance. She said she is a graduate of microbiology who emerged with a second class upper division (2:1), adding that she would never engage in such acts again if pardoned. .
.
At the sight of her tears, the judge ordered her to “stop those crocodile tears,” for she was very much aware of her act. In his judgment, Justice (Prof.) Chuka Obiozor said: “I would have given you a second chance as a first offender, but those who took your drugs and died had no second chance.”
.
.
He said she should have stayed in the village to find something worthy to do, if she could not get a decent job in Lagos. He then sentenced her to 7 years jail at the Kirikiri Maximum Prison, starting from January 26, 2016, when she was arrested and detained.