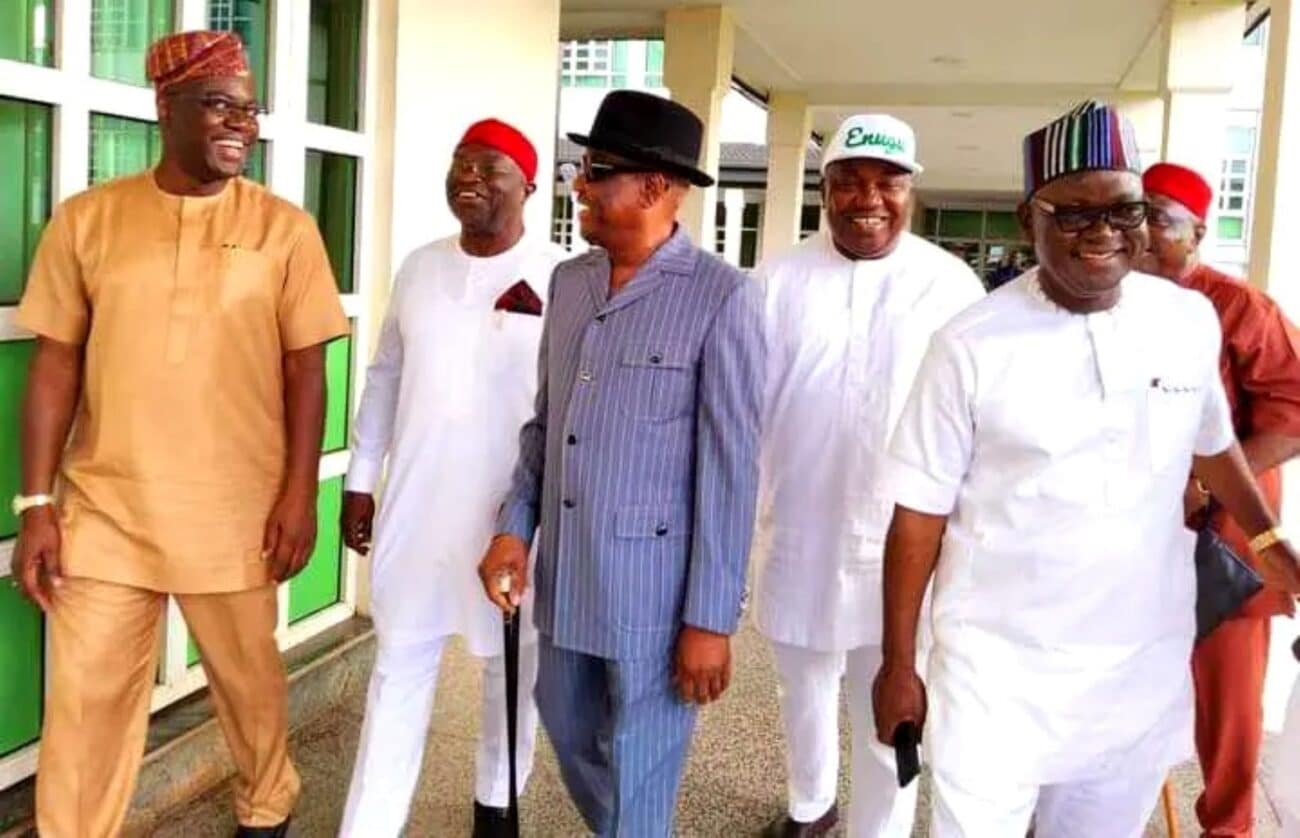 The meeting between the Governor of Rivers state, Nyesom Wike and the Peoples Democratic Party (PDP) Board of Trustees ended in deadlock on Tuesday.

The closed-door meeting which lasted almost four hours inside the Government House, Port Harcourt ended at about 4:35pm.

The attendees came out smiling and exchanging banters before newsmen.

Acting Chairman of the PDP BoT, Senator Adolphus Wabara, who briefed newsmen said they had a frank discussion but that no conclusion has been reached.

He said, “We have not concluded. You know it is always easy to discuss. But to make peace takes sometime.

“We are better informed. We have gotten some new information. Every coin has two sides. In concrete terms, it is work in progress.”