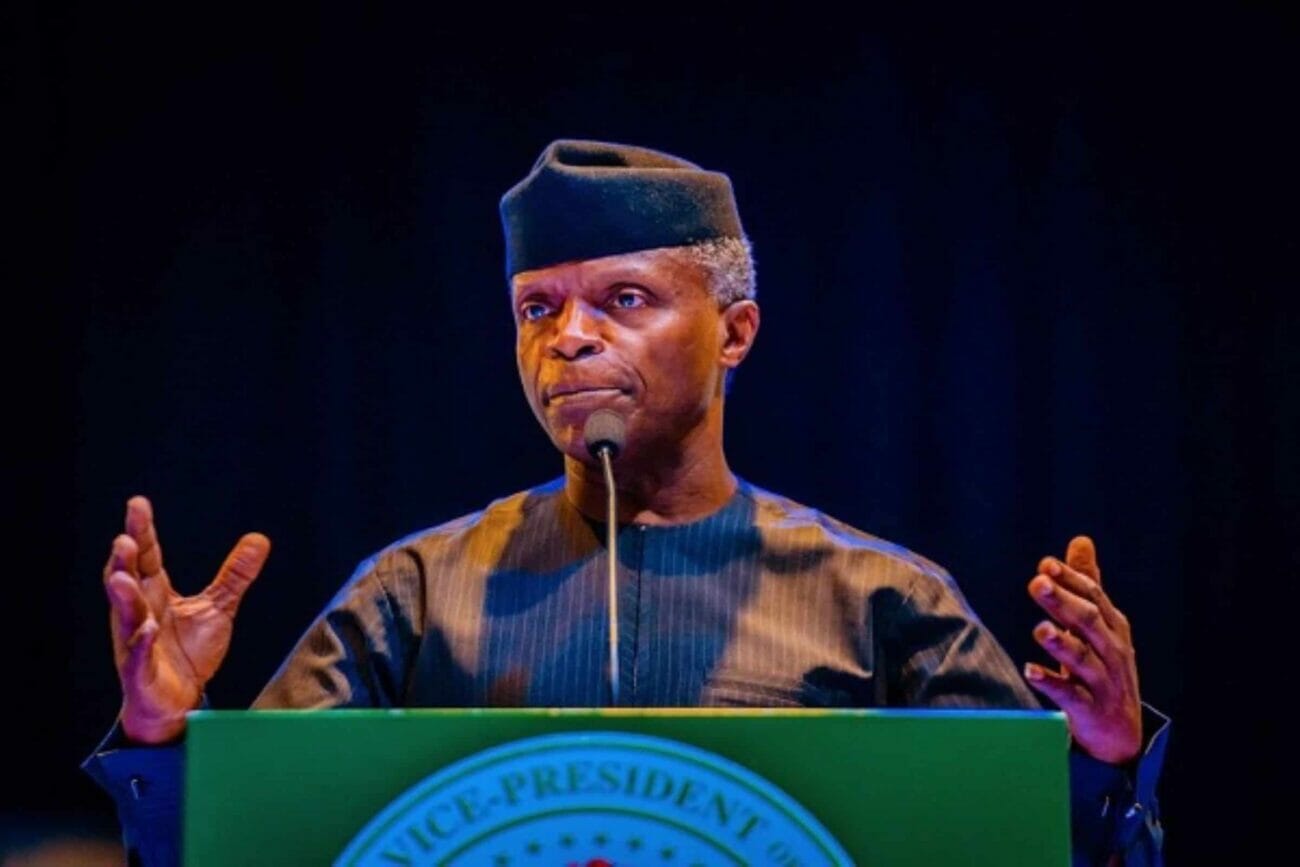 The All Progressives Congress (APC) has explained why Vice President Yemi Osinbajo is not included in the list of members of the Tinubu/Shettima Presidential Campaign Council.

The party stated on Saturday that Osinbajo was excluded to enable him to focus on governance so he won’t be distracted by electioneering.

This was disclosed in a statement signed by the Director of Public Affairs and Chief Spokesperson, Tinubu/Shettima Presidential Campaign Council, Festus Keyamo, SAN.

The statement read, “Our attention has been drawn to some stories making the rounds that there may be something amiss within the family of the All Progressives Congress (APC) as the name of our own revered and respected Vice-President, Professor Yemi Osinbajo, SAN, GCON, is not included in the list of the Tinubu/Shettima Presidential Campaign Council. Nothing can be farther from the facts.

“For the avoidance of doubt, President Muhammadu Buhari , GCFR, is the Chairman of the Campaign Council. As a result, Mr. President has SPECIFICALLY directed that the Vice-President and the Secretary to the Government of the Federation, Mr. Boss Mustapha should be left out of the Campaign Council to concentrate on the governance of the country and administration of Government.

“As a responsible Party and Government, all the key functionaries of government cannot abandon their positions for electioneering campaigns. The APC has the mandate of the Nigerian people to administer the country on their behalf at least till May 29, 2023, and this we intend to do with all sense of responsibility.

“Our candidates and the leadership of the APC have also indicated that the list is not sacrosanct as there may be periodic review of it as circumstances dictate.

“We will not toe the path of those who governed the country in an irresponsible manner before us and our Party is not in total disarray like those who wish to ‘rescue’ the country, but cannot simply manage their own internal affairs. “