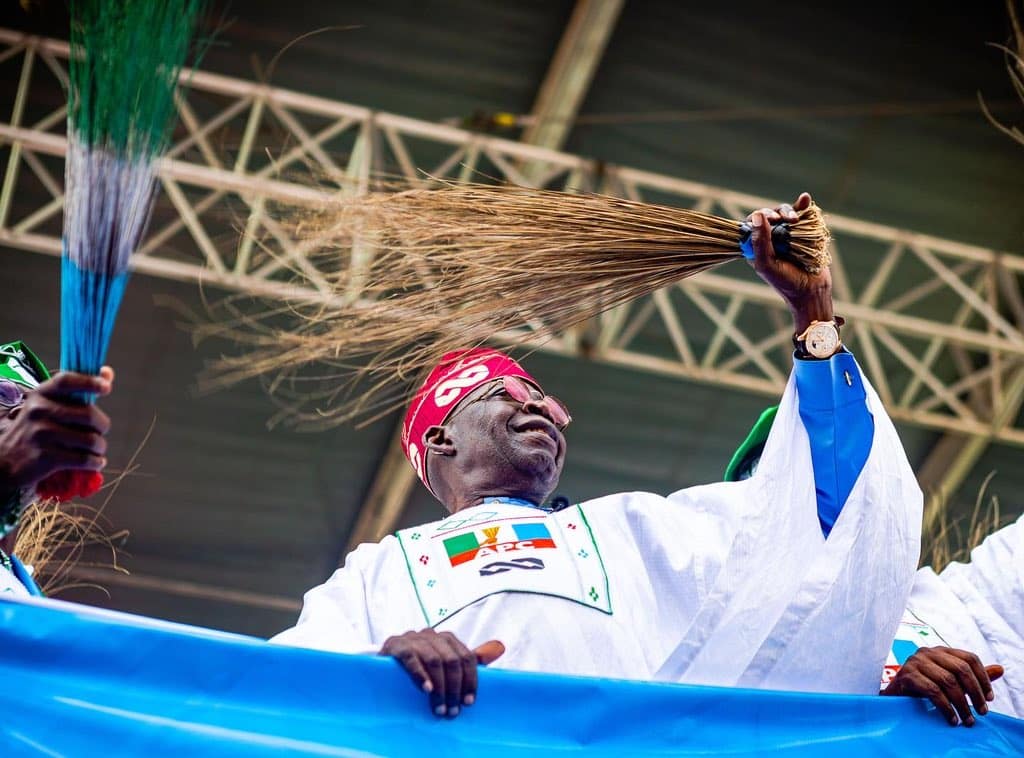 The presidential candidate of the All Progressives Congress, Asiwaju Bola Tinubu, will hold a grand finale rally in Lagos in February.

This was after the success recorded on Saturday when he staged a rally at the Teslim Balogun Stadium in Surulere, Lagos.

The Saturday rally was graced by senators, governors, and notable politicians including supporters of the APC who made the event a colourful one.

Reacting, the spokesperson for the APC presidential campaign council, Festus Keyamo, SAN, in a tweet, said a grand finale rally will be held in February for Tinubu shortly before the presidential election in the same month.

Sharing photos from the rally, he tweeted, “Pictures from the Lagos rally. We said when the jungle matures, the cubs will take cover when the lions begin to prowl. The lions are majority of Lagosians & the cubs are the noisy minority who think they can abuse their way to power.”

He added, “Today, ⁦@officialABAT and APC stamped their authority firmly on Lagos soil. His entry into the venue of the rally was grand and the crowd was ecstatic! We shall be back here for the grand finale in February, God willing.”

Tinubu makes promises ahead of February 25

Meanwhile, Tinubu has expressed delight at the way he was welcomed to the state he governed from 1999 to 2007.

Speaking of the rally, he tweeted, “I am so happy to be home! Lagos is more than the centre of excellence. It is home to excellent people with excellent aspirations for their individual and our collective well-being.

“I am blessed that this bustling city of commerce, culture and character is where my career in public service began.

“It was a wonderful honour to serve Lagos and its people. It was you who first believed in me and the vision I held for this state. You trusted me to bring good governance and progress to our beloved state. I am forever grateful to you!

“Today, I ask you to join hands with progressives across this nation to establish productive, people-oriented”What we did for Lagos, we must now do for our beloved nation. I promise this country an economic rebirth like the one we delivered here. governance more firmly in the land.

“With your support, I will improve the economy, secure peace, promote industry and bring light into every home, work into every pair of willing hands, and renewed hope into every beating heart.

“We know the road and where it leads. On February 25, let us take the first step on that journey to the national home which only progressive good governance can build.

“Together, let us RENEW HOPE. God bless you all and God bless the Federal Republic of Nigeria.”