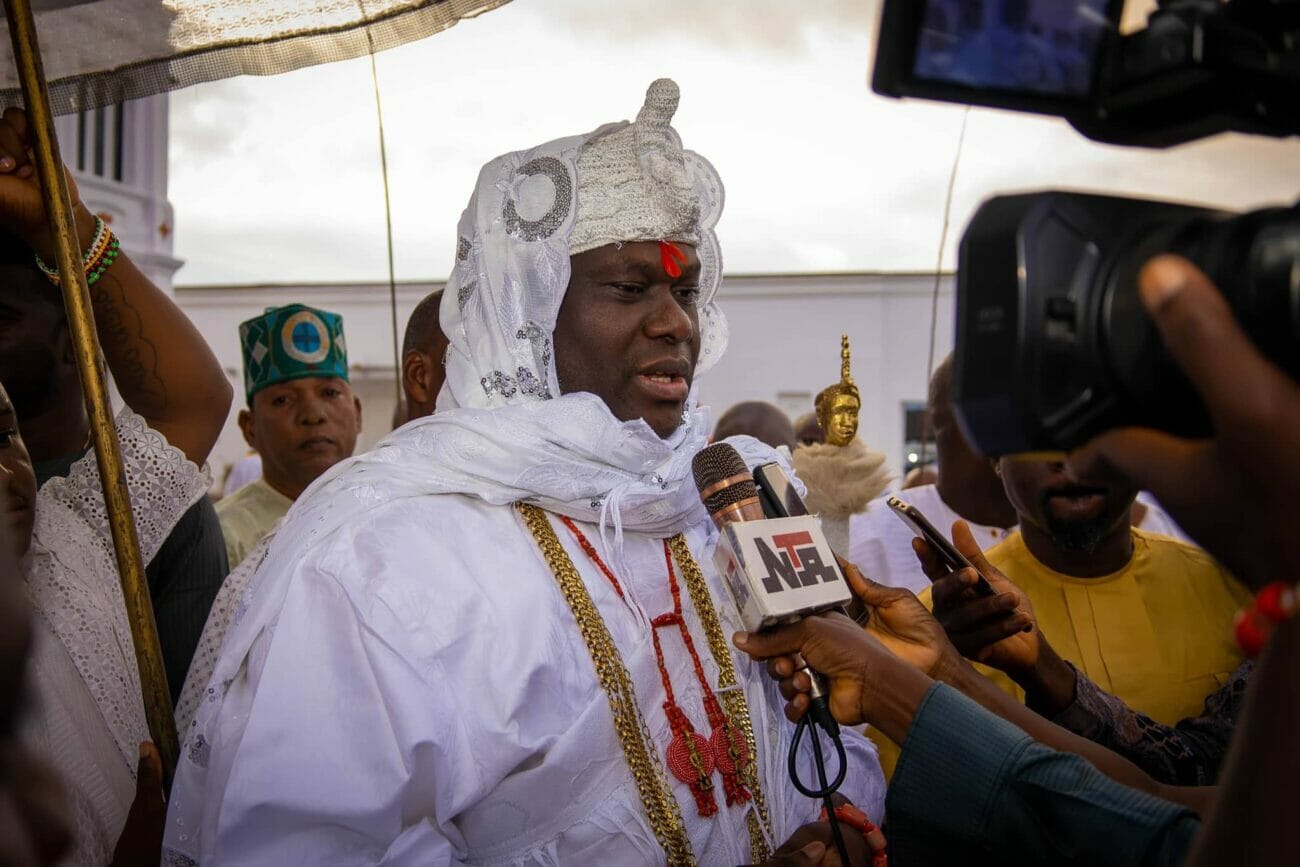 The Ooni of Ife, Oba EnitanAdeyey Ogunwusi, has said that the political system, governance, religion and other sectors in Nigeria are broken.

According to Ooni, one doesn’t have to look far to see the brokenness that exists in the country.

The monarch who tweeted on Saturday said reading through the newspapers and social media in Nigeria leaves one with news of brokenness.

He said, “Anchoring the mantle of the Olojo Festival is the ideal fit for mending our nation’s brokenness. When we turn on the news, read the newspaper, or look at our social media feeds, we see brokenness. We are a broken people in a broken country.

“We are under broken political systems, governance, education, healthcare, security, religion, etc. Through the lenses of our existence, we don’t have to look far to see brokenness which is reflected in our interactions, sense of recognition & support for our young people.”

Two years ago, the Ooni debunked claims that the Southwest was planning on going to war with other regions in Nigeria.

The Ooni of Ife made this know while speaking to state house correspondents during a visit to President Buhari on Thursday 18th July 2019.

The Ooni of Ife revealed that his visit to President Buhari was to make a case for improved security in the Southwest.

“Everybody is beating the drum of war; we don’t want war. Who can stand war? We want something better for our youths.

“We should better use them (youths) for something good other than shouting war and anarchy. We don’t want that”.

Ooni also called on President Buhari to help flush out bad eggs among Fulani herdsmen by using the help of traditional rulers.

To this, he assured of the president’s commitment to secure all in the country.

“We told the President that, and he is on the same page with us. Politicians should be careful not to blow things out of proportion.

“We should make sure things are right and the President has given good directives to security chiefs including the Inspector-General of Police (Mohammed Adamu), to visit all traditional institutions in the South-West”, the respected monarch said.