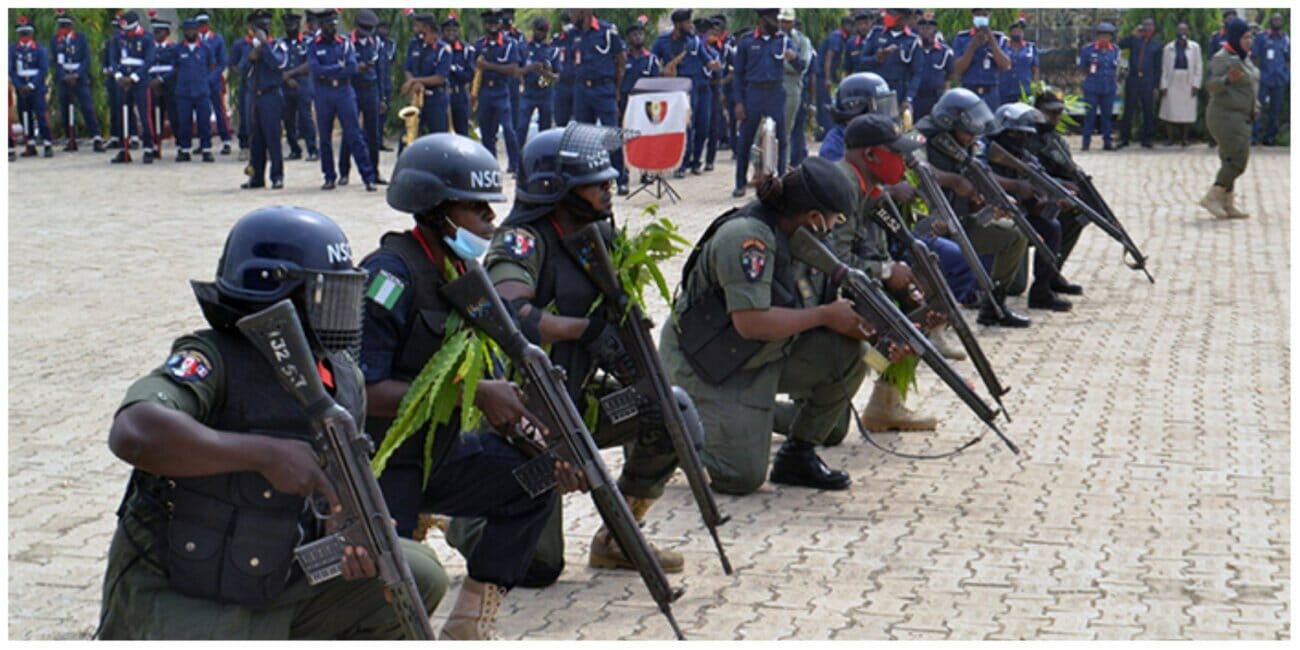 The Nigeria Security and Civil Defence Corps (NSCDC), Osun Command, has trained 298 personnel in weapon handling to combat the increasing cases of kidnapping and other criminal activities.

The NSCDC Commandant-General, Dr Ahmed Abubakar, stated this on Wednesday during the passing out parade of the trained officers in Osogbo.

Abubakar, who was represented by Mr Adeyinka Fasiu, NSCDC Zonal Commander for Zone J, said that there was a need for the officers to exercise diligence while discharging their duties.

The C-G said that the prevalence of kidnapping and other criminal activities in the country could only be combated through the training and retraining of security personnel.

” I want to congratulate the trainees for successful completion of the rigorous training you passed through, and your functions and duties are well spelt out to you during the training period,’’ he said.

Abubakar advised the officers to always abide by the rules of engagement, display professionalism and be good ambassadors of the corps anywhere they find themselves.

“I have no doubt that you will contribute meaningfully to counter any security challenges that our dear country may contend with.

“The deployment of your skills and weapons should be done in conformity with the Rules of Engagement” he said.

In his remarks, Mr Sunday Agboola, the Osun NSCDC Commandant, said the trained officers had gone through special, tactical and combat training exercise in both armed and unarmed engagements.

Agboola also said that the officers were trained to acquire new skills in tackling crimes preparatory to the 2023 general elections.

“Our country is at the threshold of holding the general elections few days from now, thus, the necessity to put all machinery in motion to ensure a conducive environment for its conduct,’’ the commandant said.

He commended the efforts of the federal and state governments in tackling the menace of insecurity in the country.

Speaking at the occasion, Gov. Ademola Adeleke of Osun said his administration would continue to support security agencies in the state.

Adeleke, who was represented by Secretary to the State Government,  Mr Teslim Igbalaye, urged the officers to uphold the tenets of the service and exhibit professionalism in the discharge of their duties.

He also appealed to security agencies in the state to work together for the benefit of the people.

“The Civil Defence Corps is one of the strong pillars of national security and you have a duty to deepen your patriotism and allegiance to the service and the nation,’’ Adeleke said.

The News Agency if Nigeria reports that the highlights of the ceremony include the unveiling of NSCDC emergency response lines and award of excellence to deserving officers. (NAN)