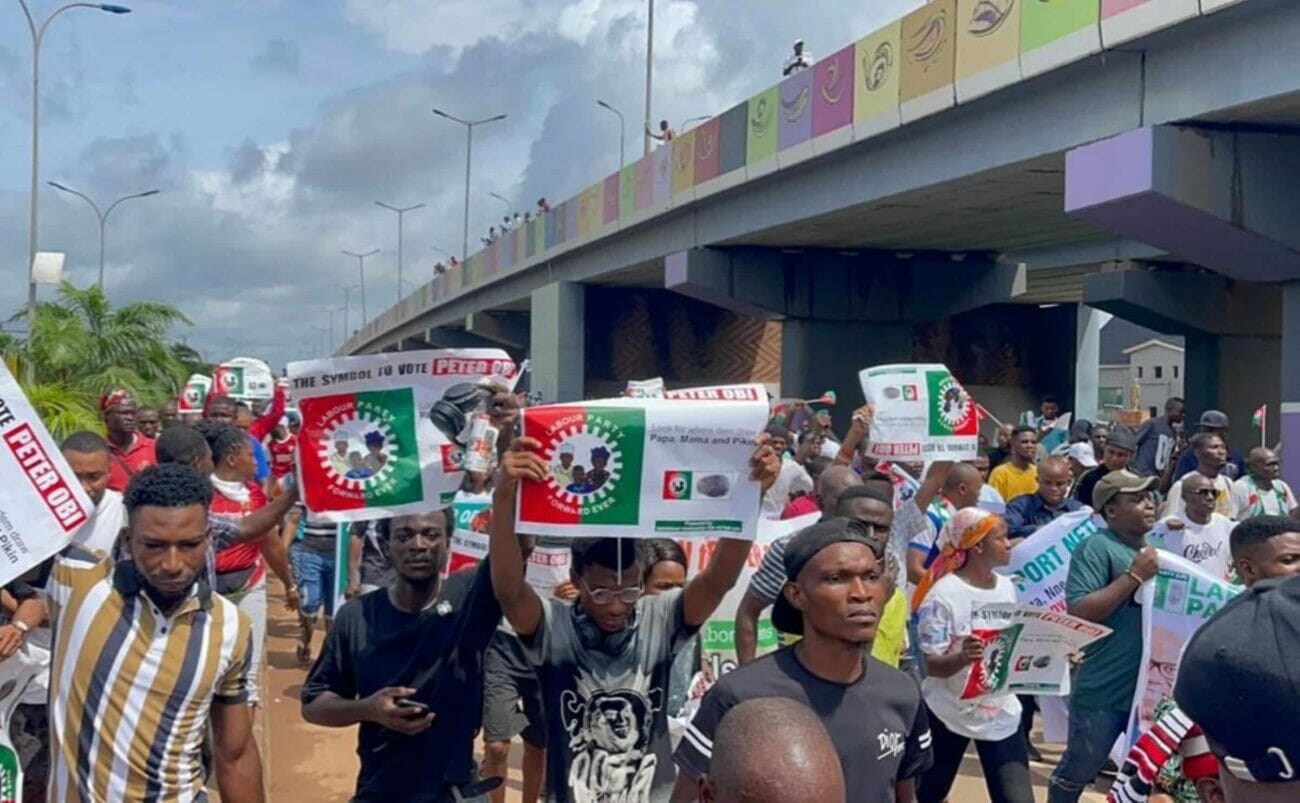 A Federal High Court sitting in Lagos has ordered supporters of the Labour Party (LP) not to hold a rally scheduled for October 1 at the Lekki tollgate.

Justice Daniel Osiago also ordered the Lagos State Police Commissioner and the Inspector-General of Police to ensure compliance to the order.

Osiago made this ruling on Wednesday while ruling on a suit marked FHC/L/CS/1729/2022 asking the court to restrain Peter Obi, presidential candidate of LP; Datti Baba-Ahmed, vice-presidential candidate; Julius Abure, party chairman and their supporters from holding the rally in Lagos until the hearing and determination of their suit.

The plaintiffs argued that the rally could cause the breakdown of law and order in Lagos, similar to the October 2020 #EndSARS rally in which lives were lost and properties were destroyed across the state.

They also asked the court to restrain Obi and his party, as well as their loyalists, from further planning and promoting the rally.

They further sought an injunction to prevent the rally from going ahead as well as the organisers from using the Lekki toll plaza or any other space within Lagos state.

Although the court ordered that the rally cannot stop at the Lekki tollgate, the judge held that it can pass through the venue to access Falomo Bridge and other venues at which the rally plans to meet.

Other defendants are the IGP, Lagos commissioner of police, director-general of the Department of State Services (DSS), Lekki Concession Company (LCC) Limited, attorney-general of Lagos, and the governor of Lagos.

The matter has been adjourned to November 4 for hearing of the substantive suit.