The All Progressives Congress (APC) presidential campaign council has called on law enforcement agencies to arrest and prosecute the presidential candidate of the Peoples Democratic Party (PDP), Atiku Abubakar, for alleged corruption.

The campaign council based its demand on an audio recording released by a former aide to Abubakar, Michael Achimugu, last week.

In the audio, the former vice-president is alleged to have explained how shell organisations were set up to divert public funds.

Addressing a press conference in Abuja on Monday, Festus Keyamo, spokesperson of the campaign council, said Abubakar has a case to answer.

“In other serious clime where situations like this arose, the law enforcement agencies acted decisively. You may recall in 2016, in the middle of campaigns for the exalted office of president in the US, the case of the private email of Hilary Clinton was referred to the justice department for likely prosecution a few weeks to actual voting, though she was actually cleared.

“That is what we want the authorities to do in the case of Alhaji Atiku Abubakar. He has to be arrested, invited. He’s not God. He does not enjoy immunity because he is a candidate.

“All monies should be recovered from the marine float account. In the voice note, Alhaji Atiku Abubakar can be heard boasting that the issue of that account was thoroughly investigated by the EFCC, yet he was smart enough to escape.”

The spokesperson said when Abubakar had a disagreement with former President Olusegun Obasanjo while they were in office, PDP asked the former vice-president to return N500 million that he allegedly took from the account.

“We also call for the protection of the whistleblower. When President Muhammadu Buhari came to office, one significant policy he adopted was that of whistleblowing,” he said.

“You are all aware that the policy has recorded tremendous success with the recovery of millions of dollars from hidden sources.

Keyamo added that “no harm must befall” Achimugu and members of his family. 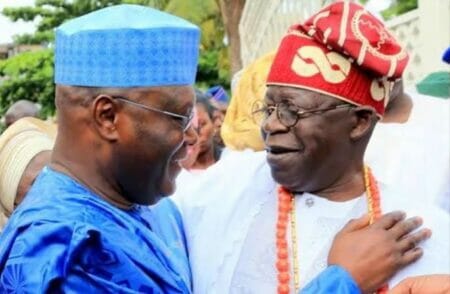 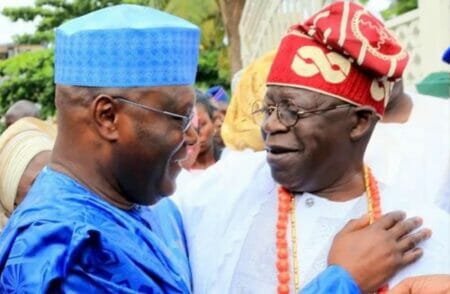