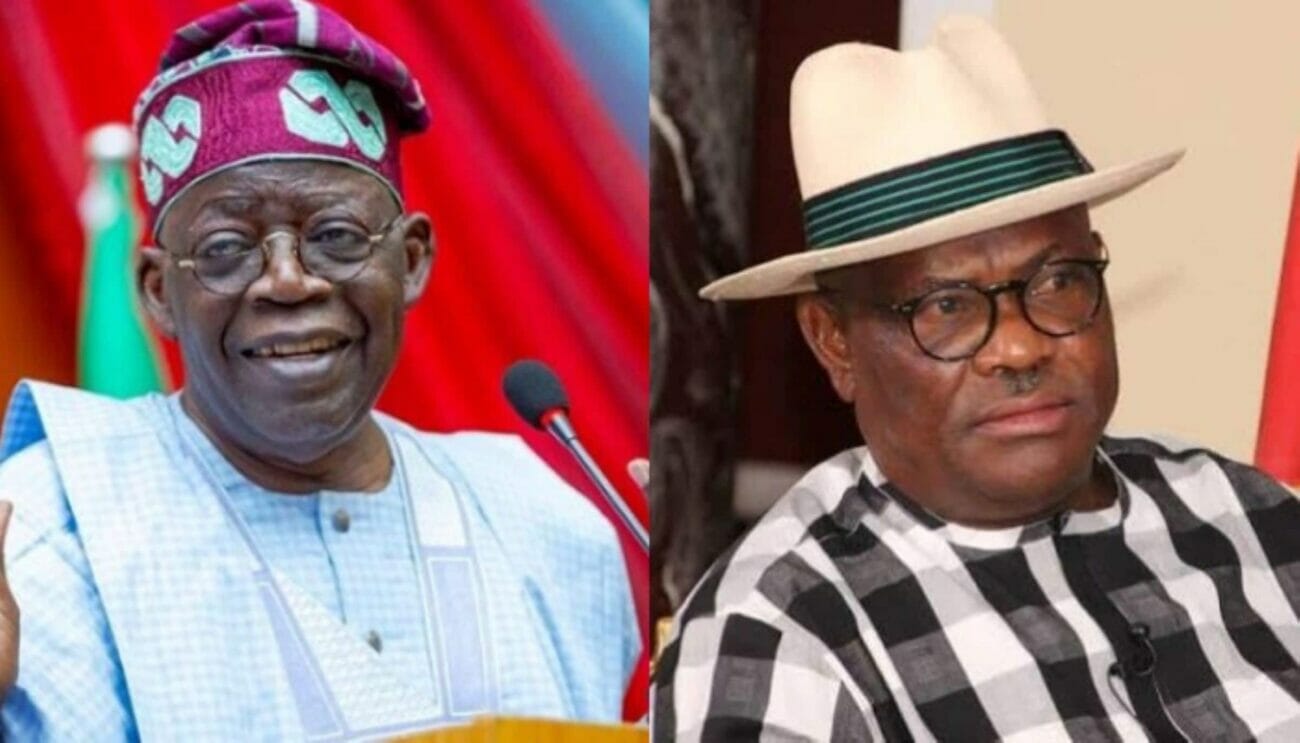 The Presidential candidate of the All Progressives Congress (APC), Asiwaju Bola Ahmed Tinubu, is reportedly meeting with Rivers State Governor Nyesom Wike and two other governors on the platform of the People’s Democratic Party, PDP, in London, United Kingdom.

According to Vanguard, a source privy to the meeting said that Tinubu is meeting Wike alongside Benue State Governor Samuel Ortom and Governor Seyi Makinde of Oyo State.

The governors were said to have left Nigeria to meet with Tinubu on Monday night.

The meeting may not be unconnected with a potential alliance of Wike to cede support for Tinubu in the 2023 presidential election.

Recall that there has been speculation that Wike might leave the PDP following his fallout with Abubakar Atiku, who defeated him to clinch the PDP ticket in May.

Wike has been heaping jibes and jeers at Atiku and other top-ranking members of the party.

The publication mentioned above reported the event in London against some social media reports that it took place in France.

2023 Presidency London meeting Makinde Ortom Tinubu Wike
Previous Article‘You don’t have respect’ – Reactions as Toni Tones joins Shettima at NBA challenge
Next Article ‘All they do is wear bikini and post, yet they have more money than bankers’ – Actor Jigan shades female colleagues