In April 2021, we got more great music from artistes old and new.

As the year races into its second half, Nigerian stars are not relenting both in quality and quantity.

There are some new kids showing up to make a name for themselves, while the ‘veterans’ are keeping pace with nice songs.

Here are KemiFilani’s best five from April in no particular order:

It is from his latest full-length project, “Hallelujah Again”.

Omawumi is back on our radar with a new single titled “Bulls**t“.

“Bulls**t” is a very melodic thought-provoking song that vocalises the struggles and plights of everyone.

This song is the first single from Omawumi’s fifth studio album which is set to be released later in the year.

For the first time since signing to the label in 2019, Rema works with the labels godfather, Don Jazzy.

The Mavin head huncho switches things up and delivers a menacing, fast-paced production, unlike anything we’ve heard from him before.

Godfrey features Pastor E.A. Adeboye and Tope Alabi on what is a song of hope and assurance in the might and power of God.

It is the second song off the “Already Won” album.

Masterkraft has dropped the audio for ‘Egbon’. It his highly anticipated song with Phyno.

In the less than four-minute song, the duo eulogise themselves in Igbo language while painting a picture of successful and independent men. 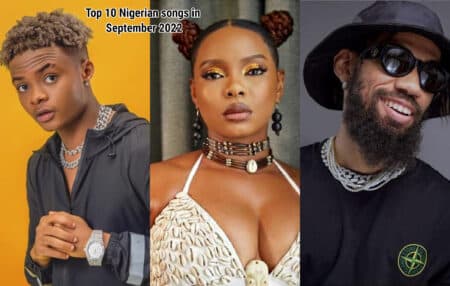