Movie Review: ‘Before valentine’ is a Nollywood disaster

Considering we are in Valentine’s season, seeing a movie title like “Before Valentine” gives a cosy feeling. More like; we are about to have a lovey-dovey experience seeing the movie; but alas! So what did we get instead?
“Before Valentine’s” film was set in a hairdressing salon, and it explored the lives of the four hairdressers in the salon. One thing they all had in common was them living fake lives and how each of their secrets blew open is the crux of the story.

Sugar, the slay queen who claimed her mother and nephew are in the US and would be coming over to spend Valentine’s with her in Nigeria. However, her mother was coming from the village, and everything went wrong when her mother got lost. Sugar also had Nosa, a young guy who was in love with her and would do anything to have her, but on the contrary, Sugar had her eyes on someone else. So how did that turn out for Sugar?

Then, Chika, the Christian sister who had a Christian brother boyfriend, and everything seemed to be just perfect with her until her boyfriend comes to propose to her a day to Valentine’s, which also happened to be her birthday, and she declines. The question is, Why?
Tamara seemed to have the perfect marriage; a hot, rich husband who brings her to work every day and buys her a lot of gifts. But is Tamara’s marriage perfect?
Finally, the only male hairdresser dresses and acts like a lady but tries to convince people, especially his girlfriend, that he isn’t gay.

The storyline and plot of Before Valentine’s is nothing to be excited about. It feels like the writer was writing a love story for secondary school students, and if you like intelligent stories, you might freak out watching Before Valentine’s. Also, the writer tried creating comic scenes? That was an error because there aren’t more than two funny scenes in the movie. The most annoying part of the film is the writer trying to bring in celebrities and looking at the movie’s plot, there were unnecessary. Like, I keep asking myself why Shaffy Bello, Dr SID and DJ Sose were actually in that film! Whewww!!
The movie’s directing is fair, and one can’t particularly blame the director because there was little or nothing he could salvage with the storyline.

The acting was just fair and honestly below average. However, actors like Bolajiu Ogunmola managed to stand out in the movie and light up the almost tiring scenes with her energy. There were also a few other good actors like Baaj Adebule and Yvonne Jegede. Uche Nwaefuna was fair, same as Meg Otanwa. In all though, the acting wasn’t fantastic.

The costume and makeup in Before Valentine’s are good, and yeah, kudos to them. If not anything in the movie that brought colour to the film. The scenery is also charming, which is another plus to the movie.
In all, Nollywood movie; Before Valentine’s is artistically beautiful but creatively poor. For ratings, it will get a 3/10 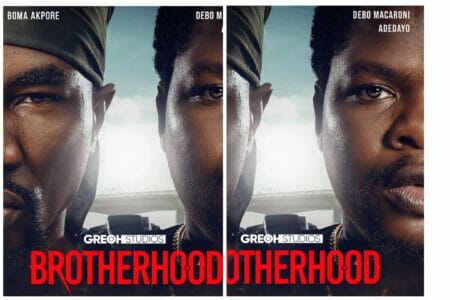 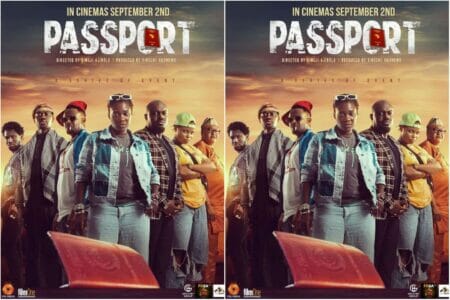