Why I stopped attending churches in Nigeria – Chimamanda Adichie 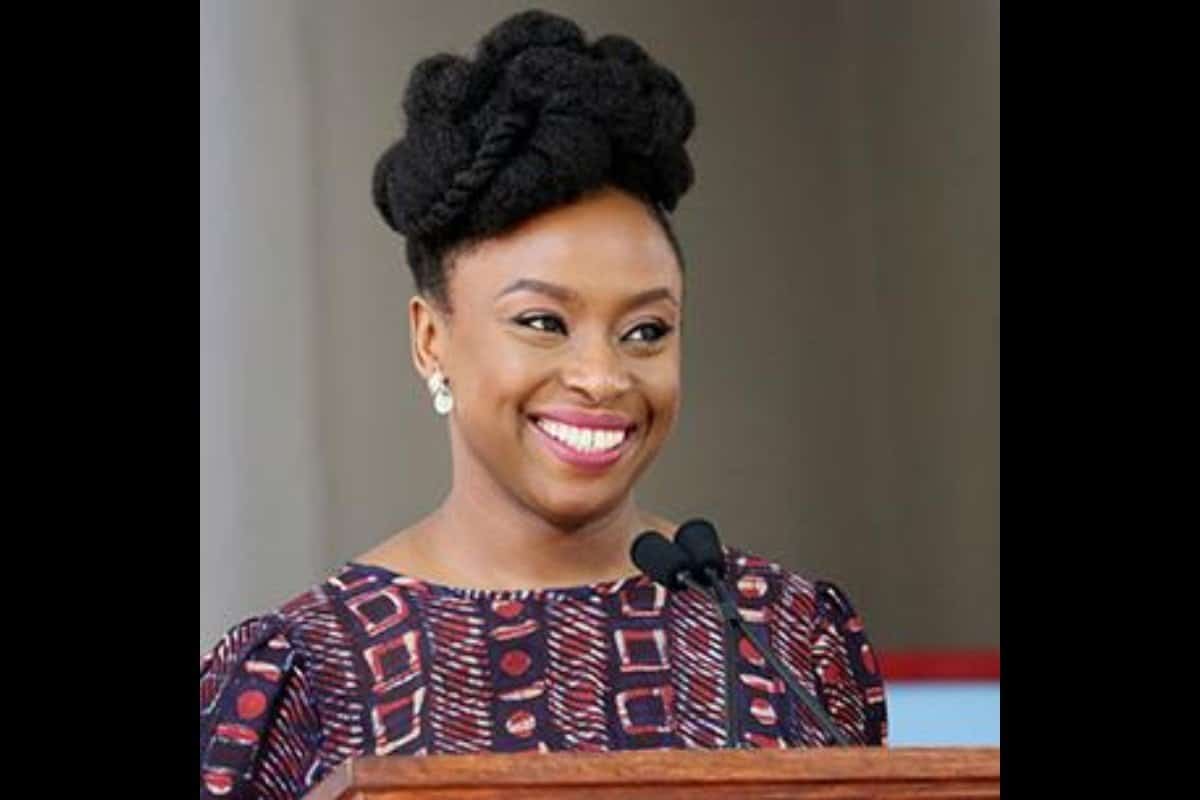 Nigerian novelist, Chimamanda Ngozi Adichie, has said that she doesn’t attend the Catholic churches in Nigeria because activities became “way too much” about money, fundraising, and thanksgiving.

The 43-year-old writer made this known in a recent interview with Ebuka Obi-Uchendu, a television host. She further says that she, however, still considers herself a Catholic nominally

“I grew up Catholic. Catholicism was very important to me. It‘s almost like a culture, not just a religion. So even if you leave the Catholic Church, it’s in you. Today, I don’t like to talk about religion because I don’t know,” she said.
“I think of myself as agnostic and questioning. Catholicism holds you tight. There are many other protestant denominations that are not so. It’s all-inclusive. ‘You cannot eat before mass. You have to go to confession.’
“There are so many rules. It teaches you guilt in a way that I don’t think so many protestant denominations do. I’m Catholic, nominally. I still feel protective of some things about the Catholic Church. But I don’t attend it in Nigeria.”
Chimamanda also spoke of her admiration for Pope Francis on account of his “attempt to reform” the system.
“Nigerian Catholicism is way too much about money, fundraising, and thanksgiving. Some in the east even look at who’s wearing gold. I think the focus of religion should be things Nigerian Catholicism doesn’t focus on,” she said.
“Culturally, I call myself a catholic. But if being religious means performing and going to confession, I’m not. I don’t go to church in Nigeria. Outside the country? Certainly not often. When I find a progressive Catholic Church, I go.
“There’s still something beautiful about the mass. I find Latin beautiful, the priests sweeping up in their dresses, and the sense of community. But there’s also a lot that I quarrel with. It’s the pope I love because he’s so human.
“Hyper-conservative Catholics don’t like him. But if they read Catholic history, they should know there have been people like him who have reformed the church. I respect religion in general while questioning some of its excesses.”

Chimamanda Adichie
Previous ArticleEPL: Salaries of every Arsenal player revealed (Full list)
Next Article Actress, Iyabo Ojo leaves many in shock after doing this to Mercy Aigbe on her birthday 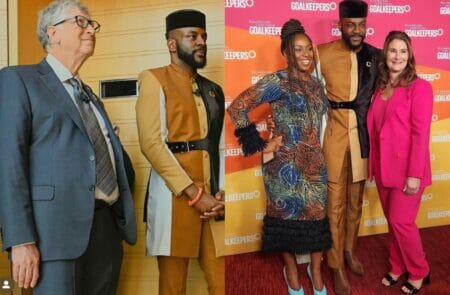 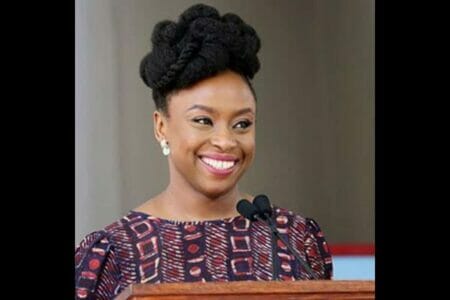 How Chimamanda Adichie was embarrassed by Priests during Parent’s burial 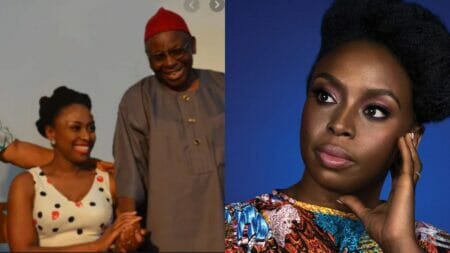