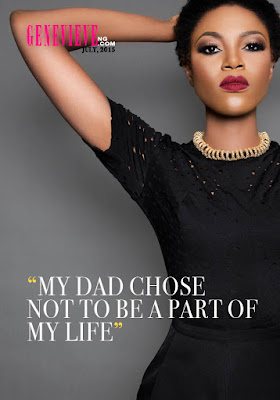 See excerpts from her interview below:
It’s not as if I don’t know my dad,
my father is there of course, but he wasn’t really a part of my life
and there’s really nothing to say about him. He didn’t make any impact
in my life. My mum single-handedly raised me. Big ups to all the single
mums out there! 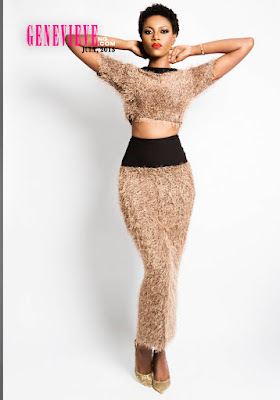 When I was born, I guess, my father was not happy about my birth, so
he wasn’t there for me. He chose not to be a part of my life; a single
mother raised me. She trained me from kindergarten to University. My
father was never there. Even though I have an amazing stepfather, I
always wished I could have had him in my life. That created a vacuum in
my childhood. But I’m grateful that I had my mum and she did all she
could to make sure that I lacked nothing.
Man sentenced to three years in prison over plan to bomb NNPC, NASS
On trying to reach out to him
I did! Several times. Let me give you some instances. When I was
younger, I met him and I told him I wanted a pair of shoes for Christmas
and he told me, he was going to buy me three or four pairs. My
excitement knew no bounds when he said that. Guess what? He never
fulfilled that promise; I waited for those shoes for a very long time,
but they never came. At a point I asked my mum, and she said, listen, if
he wanted to do as he said, your shoes would have gotten here a long
time ago, so better move on. At another time, while he was in London I
asked him to take me with him. And he told me not to worry, that he
would come for me. I waited and waited, and he never did. The two times
he ever promised me something when I was growing up, he failed to
fulfill them. That has never left my mind.
While I was in school, I had a brother in my class and I never knew.
We both didn’t know, until one day when a teacher told us and then
showed us our records as proof.
My dad is not such an amazing person in my life. I don’t have any good memories of him.
Sultan of Sokoto tells Muslims to stay away from prayer grounds in Eid-el-Kabir