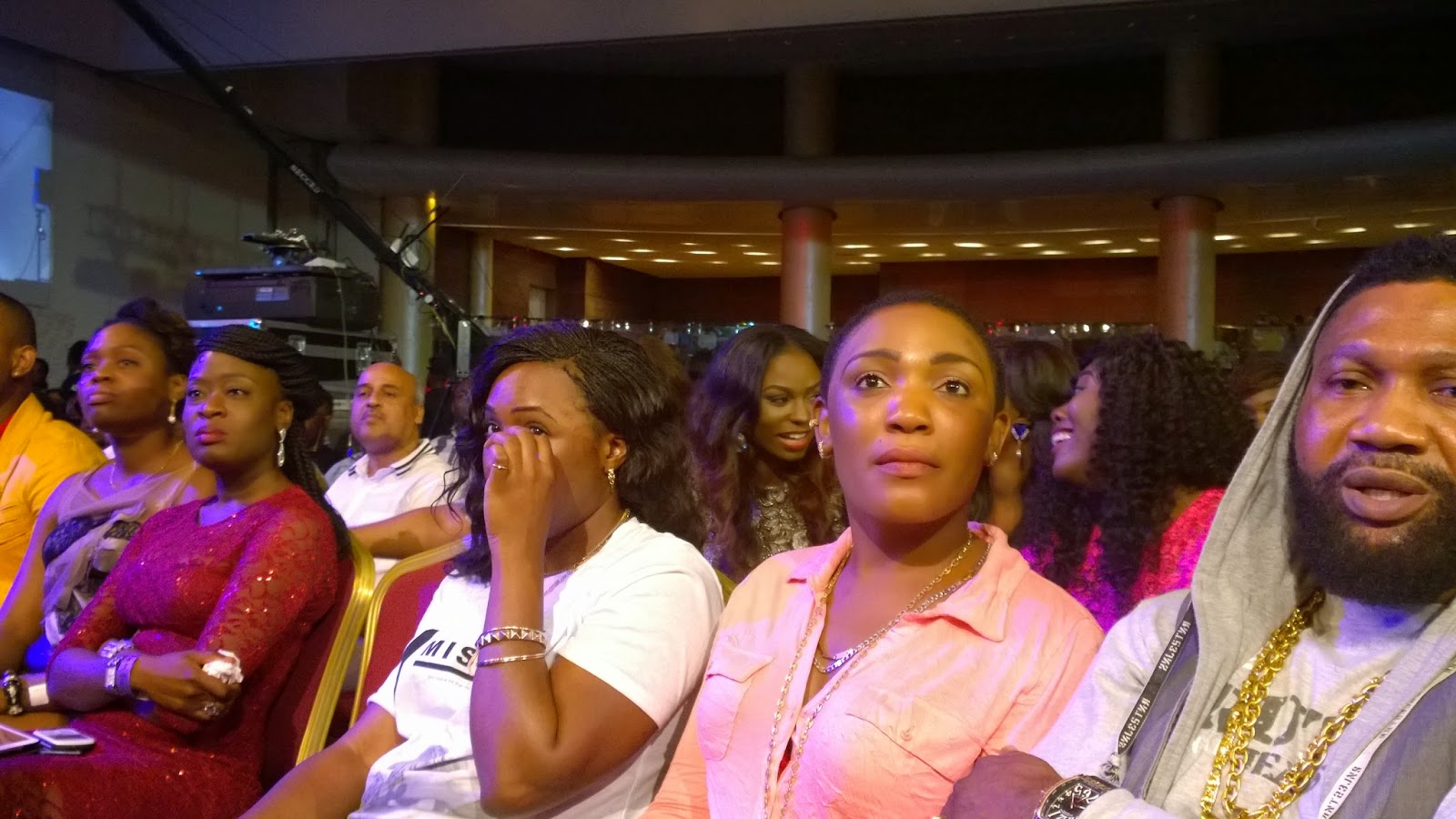 Wizkid arrived the venue around 1:20am – he stopped by close
to the front row where Davido and the rest of the HKN Gang were seated to
exchange pleasantries.
Wizkid gave the Aye singer a tight hug and
quickly moved on with his entourage. We are not sure if he walked out because he had no table but yea he walked out. 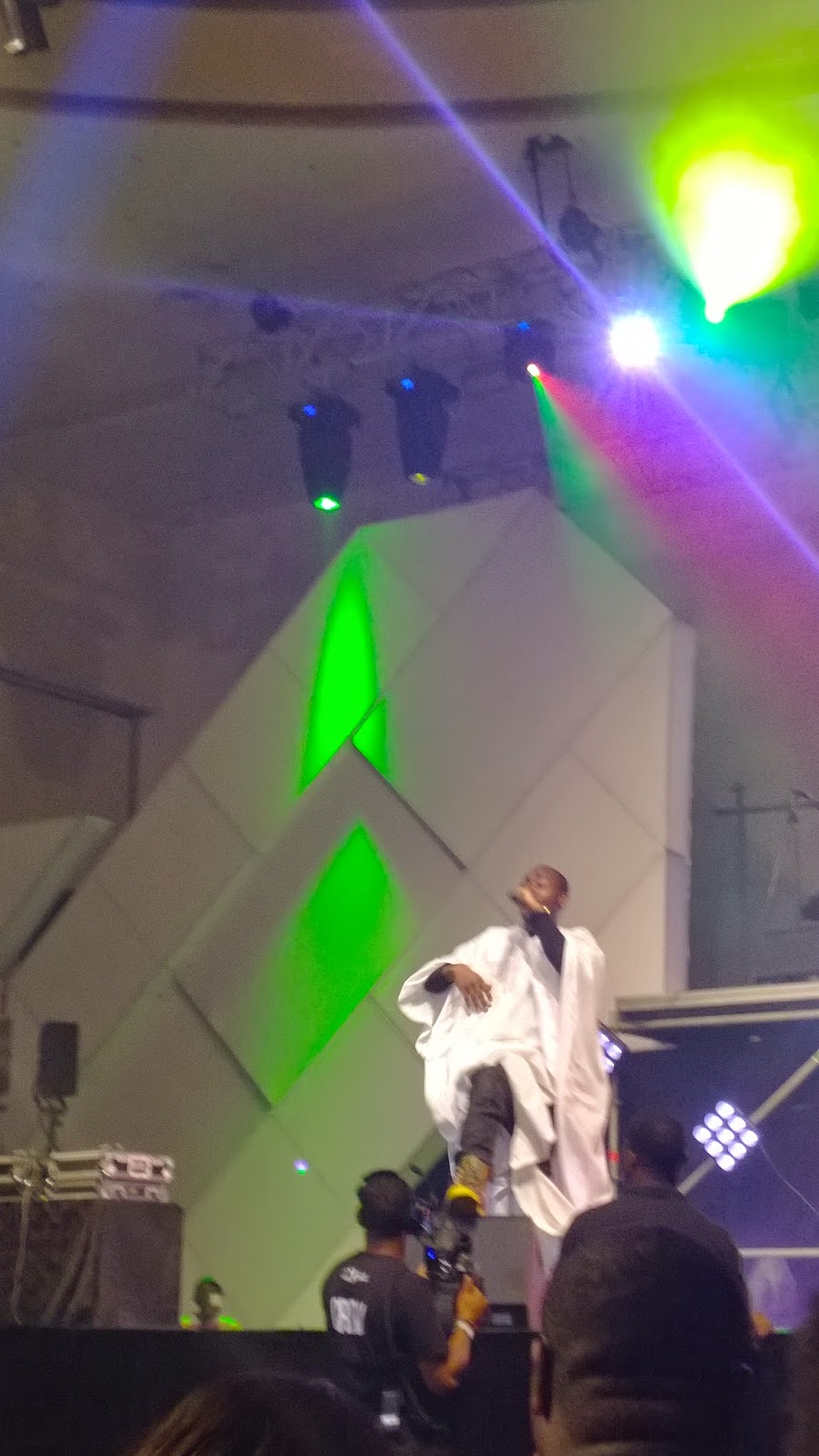 Also, just as others were coming over to say hi, Davido also had a cause to show
some respect to legendary artistes before him – the Skelewu singer
went flat on the floor when Fuji artiste, KWAM 1 walked by. It shows how much
respect the young singer has for those who have blazed the trail before him.

When Olamide received his first award of the day with a volley of expletives
insisting that Lil Kesh deserves to be recognized. “Lil Kesh, you’re the
rookie of the year, f__k that s__t,” he said. Many believe the Awon
Goons Mi singer was speaking under the influence but what do we know?

Runtown’s performance of the hit-track Successful was anything
but that. The artiste who showed up in all black e’rything simply paced around
the stage leaving many to wonder when he would actually start singing… the
whole routine dipped into an anticlimax when he suddenly dropped the mic and
made his way backstage – dassall!

The organizers of the Headies did a good job in trying put the spotlight
once again on Rosie artiste, Blackky but this morning’s experiment
surely didn’t achieve the required result. The UNILAG 90s sensation stormed the
stage looking tired and out of breathe.

The audience tried to pick up the tune from him but the Bang Belly
singer still came up short. It was so boring and even when he tried to get peeps to stand and dance, we just starred on!

We love you Blackky but you need to drop the bang belly to step up to the
plate – the competition on the streets is carnivorous.

After his performance which happened around 3: 40am today, Davido received
his Song of the Year award with an entourage of not less than 16
people – known as the HKN Gang. Only Baddo aka Olamide had a larger entourage
when he hit the stage to receive his Album of the Year award – he was
accompanied by 19 guys.

Coronavirus forces Ooni of Ife to shut down palace

Davido received the Song of the Year award ending his vote of
thanks with a statement which goes something like this: “…In 2011, I made some mistakes, in 2012 i made more mistakes, in 2013 i started growing…2014 came and I
became the baddest!”

Yes, we know this statement is not targeted at any rival artiste – we’re
just saying.

Obasanjo talks about his wife, Stella’s death for the first time in years
I killed my master because I needed N150,000 for Dubai trip – motor boy
To Top