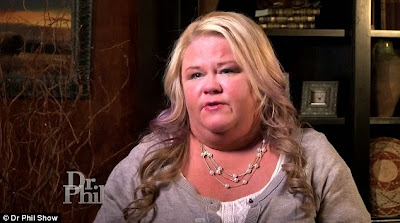 An American woman, Sarah, has defended her decision to send $1.4
million to her online lover, Chris Olsen, in Africa – who she has never
met.

DailyMail reports that they met online 18 months ago.

Though the mysterious man’s accent
has changed over time, and he keeps asking for money to be wired to
various different countries, Sarah insists she is ’95 per cent certain’
that he is telling her the truth.Despite his numerous attempts to come
home so they can be together, she says, he keeps getting arrested on
false charges.
In an interview with Dr Phil, Sarah explained that they speak for hours on the phone each day.
She described the moment they met on the internet:

‘An attractive person came on there and
said “wow you look like you wouldn’t hurt a fly”. I said “wow this guy’s
really handsome, I can’t believe he’s talking to me!”‘ 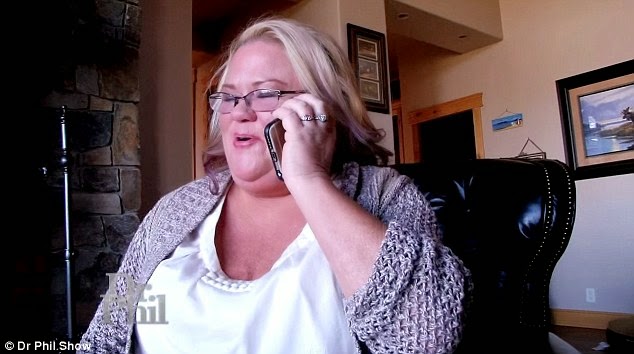 He told her he was called Chris Olsen, who hailed from Milan but moved to the U.S. 18 years ago.
Currently, she says, he is based in Africa on business, and has been for more than a year and a half.
When they met he said he was in South Africa. After a brief stint in Nigeria, he relocated to Benin, Sarah explained.
Within seven weeks of meeting, he professed his love in a gushing
email that referred to her as ‘Mrs Olsen’, and days later, he sent the
first of many requests for money.
She has now sent him $1.4 million in total for hotel bills, calling
cards, lawyers, an expired visa, stolen credit cards, and bail. Last
June, she even had to sell an apartment she owned to wire him $550,000
for bail.
However, she believes he is trying his best to make it home.
Sarah however, concedes that there are suspicious elements to his story:

‘When I first started talking to him,’ she
told Dr Phil, ‘He sounded Italian now his accent’s kind of changed I
don’t know if he’s adapted to where he’s at… in Benin.’

But, she concludes: ‘I still believe in love.’

JAMB releases new rules for parents of its candidates (Details)

Seyi Shay breaks twitter, ‘her meeting with GEJ’ has got everyone talking!
Jega to be removed tomorrow for refusing to pick GEJ’s calls
To Top