A UNILAG student who almost got
raped on Thursday has shared her narrow-escape story..enjoy! 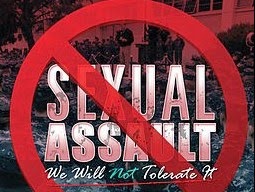 For the record, am a student of UNILAG.. I still can’t believe it. He was so mean


Read and don’t blame me, was just
hustling.
Let me tell you about the night I
was nearly raped. It was Thursday, 23rd October 2014, and it happened at the
Studio of Olanrewaju, a 29yr old graduate Of unilag. Lanre (olanrewaju) and I
met on BBM. How he got to be on my list remains a mystery. He saw my Dp and
pinged to compliment it. He told me I did fit in as a model coz of my physique.
On a normal day, I hate modelling
coz of d revealing part and as a girl; I have spots on my laps due to an
ailment. I told him about it and he said ushering jobs do not require
revealing. He kept insisting till I decided to give his thought a chance.
Perhaps ushering is my talent.
Having agreed, he told me to come
on thurday that there is an ushering deal/job he has for me and less I forget,
he said he owns a modelling agency. With all these, I believed he was going to
be matured.
With this mind, I prepared myself and
wore a long jean. On arriving, he asked us to go to his second studio, coz
where I met him was his frnd’s house. ( All this happened in surulere).
On getting there, he started his
rubbish. I remember he was manipulative – he tried to be very
charming but there was something
very creepy about him; when I didn’t respond to the charm, he sulked and I
thought that was the end of it.
But a moment later he came honier
I guess. He said he went to an army school, that there is no way am going to
leave or shout for rescue coz his studio is soundproof. He said a kiss would
make him release me. I knelt like an humbler (pardon me) begging him, OMG. Have
never begged like this before. I was the humblest girl on earth that night. He
said a kiss would earn my release.
I gave him a kiss out of
desperation and fear. This dude still wanted more.
Then he started telling me stories
of how I would need to sleep around to make it in life. He went to the extent
of using celebs that did sleep around before they got to their current fame
state. While he was saying this, I was praying to God for a miracle.
Immediately he finished his
blabbing, he went to the other room prolly to get condom I can’t say.
Immediately he went in, I dashed for the glass sound proof door. Searching the
environment, I saw 2 guys and made hand signals to them by banging the door and
shouting.
This caught their attention and my
rapist became scared. He came out from the room to open the door for the two
men outside. He told them that I was his gf that everything is okay; he even
told them I just gave him a kiss. As I saw dat this 2guys were going to agree
and not listen to me, I ran out, my hand broke the glass I guess.
I dashed for the short fence, flew
over it (thanks to those adrenalines) on jumping, a lady outside came to my
aide and I narrated all what happened to her. She also testified to the
ushering/model scams of how her sister was also duped. I got to school with
cuts and bruises. I narrated all these to my roomies who decided to give the guy
a call and lambast him.
I really didn’t hear all what happened on the
phone because I was too tired.. I slept like a log of wood. The next day, the
guy already deleted himself, then called to threaten me that he will find me if
words of what happened goes out. But I didn’t report it to the police. Why not?
My motives were messy and confused. Was it really a crime? Actually, it was –
under the Sexual Offences Act. It is classed as sexual assault, for which he
could have theoretically got ten years.
Some reading this might have been
a victim of being duped or raped. We all know the police can’t help but I trust
the media sha. I would have loved to give out this dude address plus his
friends own but I think it’s not necessary and if it gets worse I will give it
out.

I want to use this medium to tell
my fellow ladies to shine their eyes and not just go to any location coz of an
ushering job. It’s better to be under a reliable agency than looking for direct
jobs. The pay can’t even buy our Brazilian hair. Let’s be careful and may God
protect us all from them wicked boys.