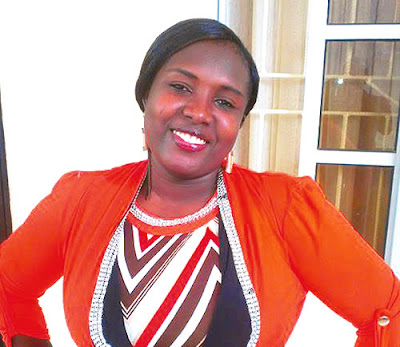 Hi
guys, i am so sorry I have been slacking in news updates for some days
now…i have been issues with one of my laptops and the other one has
not been effective as the major one that crashed…anyways to cut the
long story short, i eventually got a new one yesterday and everything
will be back to normal now. I love you all muchos.
A 29 year old worker with Arik Air, Grace Utum, (pictured above) has gone missing after a visit to
her lover, Ihuoma Amelogu, who lives in the Ojodu Berger area of Lagos
State. Grace, a graduate of Accounting, University of Calabar, was said to be
working in the hospitality department of Arik.
She had
left her Ikeja office for her lover’s house on January 1, 2016. However,
her whereabouts had since been shrouded in mystery.
It was learnt that a mobile phone and a handbag belonging to the victim
were found in his apartment on the day Grace went missing. He was,
however, released after police said there was nothing to connect him
with the disappearance.
An uncle of the victim, Felix Omini, explained that the family became
worried after her mother called one of her telephone lines and a
stranger picked the call.

He said, “Her mother called her that night and discovered that it was a
stranger that picked the call. The stranger said the phone was missing
and its owner had called him and said she was coming for it in company
with a man.
“Grace’s mother called her boyfriend, Amelogu, thinking
he was the man the stranger was referring to. But he said he had also
been trying to reach her without success.”

Omini said he called 32-year-old Amelogu and together they went to
report the matter at the police station.The victim’s father, Obongha
Utum, said Grace and Amelogu had been dating for three years and would
have been married, but for a problem with their blood compatibility.

He said, “The police said we should talk to the boyfriend because that
was where she said she was going, but I don’t know what to think. They
are church members and were supposed to have been married; but that
became impossible after they discovered their genotypes were not
compatible.“We have also gone to Agbado Crossing in Ogun State, where
she lived with a friend. We didn’t meet anybody in the house; everywhere
was deserted.”

When contacted, Amelogu said he last communicated with Grace around 3pm on January 1.
He explained that efforts to get across to her through her friends had been abortive.

He said, “We were together on December 31, 2015; she slept at my place.
She sometimes stayed at my place because her office in Ikeja is closer
to my house in Ojodu Berger. She rented an apartment in Agbado Crossing,
Ogun State.“Around 6am on January 1, she said she was going to the
office. We always had a family reunion every New Year at my uncle’s
place in Ajah, so we planned to meet there.“I spoke with her around 12
noon. Then around 3pm, when I was at my uncle’s place, we communicated
again and I asked if she was still coming. She said she was rounding off
at the office and would soon join me.”

The civil engineer said his girlfriend’s line, however, became
unreachable around 5pm and despite calling till 7pm, he didn’t get
through.He said her mother called him from Port Harcourt around 10pm to
ask if he had seen her daughter.

“Her mother said she called her and a stranger picked it and said the
phone was missing. I was surprised because she (Grace) didn’t call me
that she had misplaced her phone.
“I decided to call the number myself, but it was unreachable. I kept calling till 2am, when it was switched off,” he added.

It was gathered that Grace’s family contacted a telecommunication
company to track her calls, but they were asked to get a court
order.Access to her bank accounts were also said to have been blocked.
The Arik Air spokesperson, Adebanji Ola, confirmed the incident, adding
that the company was working with the family and the police to get to
the roots of the case.

He said, “Yes, she works with us. She has not reported for duty for some
time now and we were told she was missing. The family and the police
have been here and we are doing everything possible to support
investigations.”

She said, “Necessary police procedure to be done in the case of the
missing person has been done. The boyfriend, who was actually the
complainant, was arrested and investigated, but there was nothing to
link him with Grace’s disappearance, hence his release. But
investigation is ongoing.”

Wednesday daily devotion by Pastor E. A. Adeboye (Open Heavens 3 February 2016) – Revival through retreat
So there is a Nursery School in Calabar that flogs Parents for bringing kids late to school?
To Top