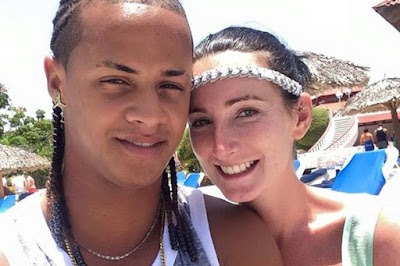 UK Mirror is reporting that a mother has been left devastated after she found out her boyfriend had
secretly married another woman while she was giving birth to their son.
Heather
McGillion, 24, was working as a hotel entertainer in the Dominican
Republic when she fell for her colleague Adonis Rodriguez.

The couple had been together for more than a year when Heather fell
pregnant, but due to complications during her pregnancy she decided to
temporarily return home to Johnstone, Renfrewshire.

But as she was welcoming their son Diego into the world, 21-year-old Adonis was marrying a German tourist called Julia.
Trained dancer Heather only found out after receiving a message on Facebook from a friend. 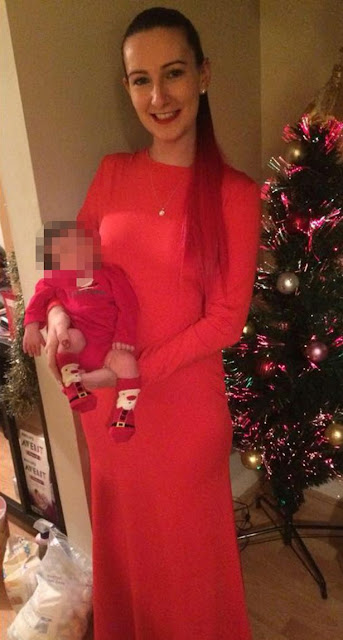 “When I opened the message it felt like I had been hit by a double-decker bus.
“Adonis had his arms around a woman and she was wearing a wedding dress.
“It didn’t make sense and the more I thought about it, the more absurd it was.
“We
had only been apart for a few weeks and there was no way Adonis could
have met another woman and arranged a wedding in less than a month.For a
second I didn’t twig who it was. Then to my horror I realised it was
Julia.
“She
was a German tourist who came to stay at the hotel. About a year before
I had noticed Adonis had become friends with her on Facebook and they
had been messaging each other.
“It was nothing sexual but it made
me feel uneasy. But Adonis assured me there was nothing going on and
when I discovered I was pregnant I forgot all about it.”

When Heather called Adonis to confront him about he admitted everything and claimed he only married her for a visa.

When I phoned Adonis and asked ‘Why is Julia in a wedding dress,’ there was a pause and then he said: ‘Heather, I’m so sorry’.
“I hung up and burst into tears.”
Heather later discovered that after Adonis had moved to another hotel to find work, he had been meeting up Julia. 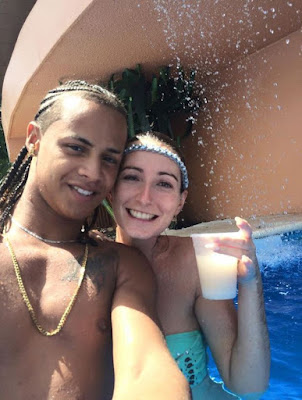 She had travelled to visit him around four times and they planned the
wedding to take place while she was back in the UK.Heather has returned
to the Dominican Republic with Diego, who is now three months old, and
is allowing Adonis to visit him.

She knew all about me and him and the baby but still married him, they had both planned it and I was the one not in the know.

“He treated me like royalty and he was so excited about our baby.
“I
still can’t believe what happened. Adonis had given me the impression
he wanted to be together forever but while I was giving birth to his
baby, he was marrying another woman.”

Adonis has since admitted that he had been seeing Julia behind Heather’s back and apologised to the mother of his child.
He said:

“Yes I’m married, Julia is my wife. I was still with Heather when I married her.
“I want to say I’m so, so sorry to Heather about this because Heather has my little baby and I want to see Diego.”

Toyin Aimakhu dissociates herself from Seun Egbegbe
I don’t know how he took me to Kano – Ese Oruru is now home with parents, read her first interview!
To Top