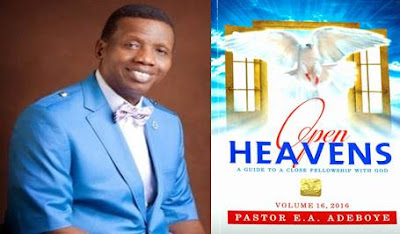 Memorize: As they ministered to the Lord, and fasted, the Holy Ghost said, Separate me Barnabas and Saul for the work where unto I have called them. – Acts 13:2

1 Now there were in the church that was at Antioch certain prophets and teachers; as Barnabas, and Simeon that was called Niger, and Lucius of Cyrene, and Manaen, which had been brought up with Herod the tetrarch, and Saul.

2 As they ministered to the Lord, and fasted, the Holy Ghost said, Separate me Barnabas and Saul for the work whereunto I have called them.

3 And when they had fasted and prayed, and laid their hands on them, they sent them away.

4 So they, being sent forth by the Holy Ghost, departed unto Seleucia; and from thence they sailed to Cyprus.

Fasting is a Biblical practice whose interpretation in the Old Testament was slightly different from what it was in the New Testament. In the Old Testament, in addition to being a means of prayer and supplication, fasting is also synonymous with mourning, shame and lamentation. The practice typically took place when a crisis or other significant event became more important than eating. However, the New Testament presents fasting purely as a means of prayer and supplication devoid of mourning, shame or lamentation. As a matter of fact, Jesus taught us to fast without giving neighbours any clues, which means we should look clean and happy as always while fasting.

“16 Moreover when ye fast, be not, as the hypocrites, of a sad countenance: for they disfigure their faces, that they may appear unto men to fast. Verily I say unto you, They have their reward. 17 But thou, when thou fastest, anoint thine head, and wash thy face; 18 That thou appear not unto men to fast, but unto thy Father which is in secret: and thy Father, which seeth in secret, shall reward thee openly.” – Mathew 6:16-18

One of world’s oldest Mosques found in Israel (photo)

The above passage forms the basis and model for fasting in the New Testament Church. Fasting is therefore a means of seeking the face of the Lord for divine intervention in human affairs. It is such a powerful weapon of spiritual warfare that Jesus told His disciples that some level of miracles may not be possible without adding fasting and prayers. That is probably the reason why apostles of Jesus Christ took fasting and prayer seriously after the physical departure of our Lord Jesus Christ. Right from chapter one of the book of Acts, fasting began to feature in the activities of the disciples, and each time, God responded with great miracles, signs and wonders.

Fasting was especially used by the apostles whenever they wanted God to commission them or needed special instruction or direction. Obviously, the apostles old and the church at Antioch spent quality time in worship, fasting and prayer, earnestly seeking the Lords will as they opened themselves to divine direction. Their effort was honoured by God through the power of the Holy Ghost as they as they received answers to their request by physical manifestation of the power of God in their midst. The apostle would not have been able to do much without the commissioning power of the Spirit of God.

Prayer Point: Sweet Holy Spirit, please don’t let me do anything without your direction and commission in the name of Jesus.