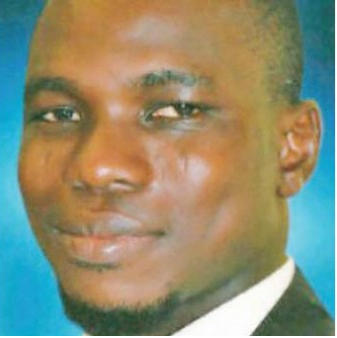 This is so sad.
Hammed Adebayo, Di­rector of Finance and Administration,
Habol Petroleum Limited, left office last Monday night with a strict
instruction to his employ­ees to be at work the following day Tuesday,
latest by 6am, so he could crosscheck if there was any shortage in the
quantity of Pre­mium Motor Spirit (PMS) sold to consumers.
Sun news reports that he had warned them that if any shortage was discovered, the amount
involved would be deducted from the sala­ries of those who were on duty
at the time.
Unfortunately, Adebayo never made it home that day let
alone coming out again the fol­lowing day as he was caught up in an
inferno that claimed his life.

According to eyewitness reports, a reckless driver who was
carrying inflammable liquid in a truck had hit a vehicle at Igando area
of Lagos and in a flurry of anger, the driver of the vehicle pursued the
truck driver and in a bid to escape, the careless truck driver switched
off the head­lights of his truck and while moving in a breath-taking
speed, hit a sta­tionary vehicle which immediately exploded in flames.

Adebayo who was trying to avoid the fire veered off the and hit the
culvert by the roadside. The driver’s door, it was learnt, was pinned
to the culvert and there was no time to quickly get down from the other
front door. Within seconds, his saloon car was caught up in flames with
him inside it. The residents of the area, Sunday Sun learnt, made
desperate efforts to put out the fire by pouring sand and water on the
vehicle but with the intensity of the fire, they couldn’t do much. His
burnt body was found by the fire fighters who had to cut off the top of
the vehicle to get his remains out. Nothing from the car including a sum of N100,000.00, a laptop and a phone could be saved.
On Tuesday morning, an em­ployee of Adebayo who identified himself as Sunday was at the scene of the accident.

He disclosed that they all left work at the same time but he and a
friend dropped at Badore bus stop. An hour later, Adebayo’s wife called
his friend to complain that she had not seen her husband. They called
Adebayo’s cell phones but he was not answering the calls. Scared that
their car had been attacked by armed robbers, they ran out to trace him.
On the way, policemen warned them to take the other route as there was a
fire incident ahead. He said:
“We heard that the vehi­cles involved were jeeps and when I reached the scene, I knew it was C.M’s vehicle.

Adejare Adams, a resident who spoke to Sunday Sun said the peo­ple were quite upset by the atti­tude of the fire service He said;

“Look at Ikotun Fire Service Station. It is just behind here. They
didn’t come on time before the people got burnt. That’s what is so
upsetting about Nigeria. They are never prepared for emer­gencies. A lot
of people were angry. They almost beat up the fire fight­ers. I saw the
Honda man’s phone. It was burnt. The phone battery and the man’s laptop
were destroyed.”

Adams expressed anger at the peo­ple who refused to help salvage the
situation but instead, opened the trailers to carry crates of beer to
drink.

The eldest brother of the late Adebayo, Akeem Hameed, who spoke for the
family, told Sunday Sun that he was called at 11:50p.m by his younger
sister who was hysteric about Bayo not yet home. Bayo had earlier told
his wife he wanted to eat fufu for dinner. When he didn’t get home, she
got wor­ried.
Akeem disclosed that the broth­er who was a chartered accountant worked
at Adeniran Ogunsanya College of Education’s Bursary Department while
supervising op­erations at Habol Petroleum, the family business.
Contradicting the story spread by the residents of Al­haji Ede area that
the errant driver hit Bayo, he stated emphatically that his brother’s
vehicle had no dents. He said:

“He was not hit. Till the top of the vehicle was cut and his body removed, there was no dent on it. The position in which I saw the car, it was not hit. The car
was standing alone. It had no dent or sign of impact. He uses air
con­ditioner in his vehicle so I believe it was the gas from the vehicle
that attracted the fire.”

Giving glowing tribute on how hardworking and prayerful his brother
was, he stated that the de­ceased should not have died in such a
gruesome manner.

“Bayo is an Alfa. He is disci­plined. He doesn’t drink, smoke, womanize
or stay out late. He condemns smoking and drinking of beer and even
buying of beer for people. He doesn’t like parties. Even when we have
parties in our house, he condemns it. All he does is view premiership
matches, go to work and go home. He was about completing his home before
his death. We had dreams to expand the petroleum company but ….. We
couldn’t take all his remains that night. We went back to look for his
remaining body parts on Tuesday evening.”

Akeem who had not set his eyes on his mother since the accident said he
would rather other people console her. He mentioned that she was taken
to a cousin’s place at Lekki and their house locked so she could have
enough rest.

Akeem said for everybody in the world, death is inevitable and what has
been destined to happen cannot be changed except by prayers and
goodwill. Since this has happened, all they can do is to pray for their
brother.
Adebayo’s wife has not been able to accept the fact that her husband is dead as she has been inconsolable.

Funmi Iyanda shares her ‘incredible’ experience at Shomolu, Lagos
You don’t believe in doppelgangers, see these celebrity photos!
To Top